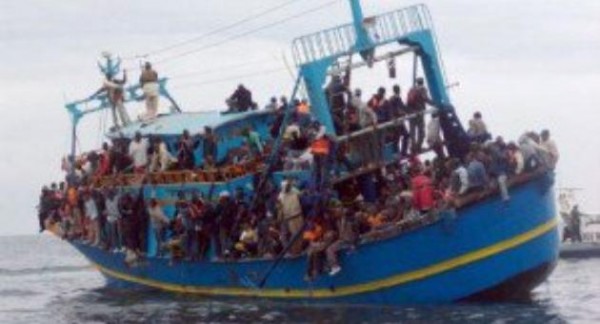 Two people drowned and at least 12 others were injured when they tried to reach a small patch of Spanish territory in North Africa by swimming from Morocco, Spanish and Moroccan news agencies reported Friday.

The immigrants attempted to scale a barbed-wire fence that juts into the sea. The dead and hurt were among more than 200 people trying to reach the enclave of Ceuta, which borders Morocco and is across the Strait of Gibraltar from mainland Spain.

More than a million people hoping to escape war and poverty have made their way into Europe this year, according to migration monitors, but attention has been focused on two more common routes – across the Aegean Sea from Turkey to Greece or across the Mediterranean from Libya to Italy.

Thousands of African migrants also try to enter the Spanish enclaves of Ceuta and Melilla each year hoping to get to Europe. Fifteen drowned trying to reach Ceuta last year; the two deaths Friday are the first there this year.

Those who make it typically are not sent back, but are taken to detention centers and allowed to apply for asylum. Sometimes they’re flown to the Spanish mainland.

Those involved in Friday’s incident made the swim at 2:50 a.m., but 104 were intercepted by Moroccan forces, the Morocco state news service MAP reported, citing government sources. Several Moroccan officers were injured by sticks and stones and police have opened an investigation, MAP said.

Spain’s Red Cross said it distributed clothes and shoes to 185 people who had made it to Spanish territory by either scaling the border fence or swimming to get around it.

The agency transferred 12 people to Ceuta’s University Hospital. Two were recovering from near-drowning, another had an open leg fracture, and most of the rest had deep cuts, some that required stitches.

Spanish television broadcaster TVE showed images of Red Cross ambulances attending to and feeding dozens of migrants, covered in red towels and blankets next to the 9-meter (30-foot) high fence that protrudes out into the Mediterranean at Ceuta’s western border with Morocco.