A cash-free future nears in Sweden 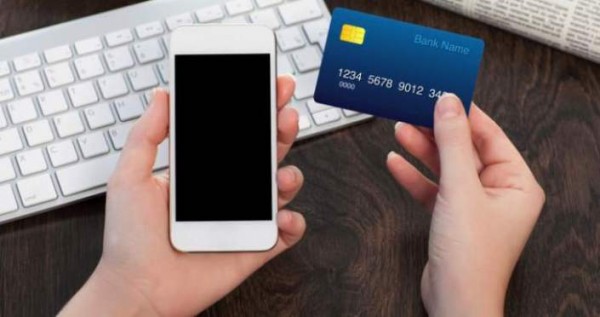 Parishioners text tithes to their churches. Homeless street vendors carry mobile credit-card readers. Even the Abba Museum, despite being a shrine to the 1970s pop group that wrote “Money, Money, Money,” considers cash so last-century that it does not accept bills and coins.Few places are tilting toward a cashless future as quickly as Sweden, which has become hooked on the convenience of paying by app and plastic.

This tech-forward country, home to the music streaming service Spotify and the maker of the Candy Crush mobile games, has been lured by the innovations that make digital payments easier. It is also a practical matter, as many of the country’s banks no longer accept or dispense cash.

At the Abba Museum, “we don’t want to be behind the times by taking cash while cash is dying out,” said Bjorn Ulvaeus, a former Abba member who has leveraged the band’s legacy into a sprawling business empire, including the museum.

Not everyone is cheering. Sweden’s embrace of electronic payments has alarmed consumer organizations and critics who warn of a rising threat to privacy and increased vulnerability to sophisticated Internet crimes. Last year, the number of electronic fraud cases surged to 140,000, more than double the amount a decade ago, according to Sweden’s Ministry of Justice.

Older adults and refugees in Sweden who use cash may be marginalized, critics say. And young people who use apps to pay for everything or take out loans via their mobile phones risk falling into debt.

“It might be trendy,” said Bjorn Eriksson, a former director of the Swedish police force and former president of Interpol. “But there are all sorts of risks when a society starts to go cashless.”

But advocates like Mr. Ulvaeus cite personal safety as a reason that countries should go cash-free. He switched to using only card and electronic payments after his son’s Stockholm apartment was burglarized twice several years ago.

“There was such a feeling of insecurity,” said Mr. Ulvaeus, who carries no cash at all. “It made me think: What would happen if this was a cashless society, and the robbers couldn’t sell what they stole?”

Cards are still king in Sweden — with nearly 2.4 billion credit and debit transactions in 2013, compared with 213 million 15 years earlier. But even plastic is facing competition, as a rising number of Swedes use apps for everyday commerce.

At more than half of the branches of the country’s biggest banks, including SEB, Swedbank, Nordea Bank and others, no cash is kept on hand, nor are cash deposits accepted. They say they are saving a significant amount on security by removing the incentive for bank robberies.

Last year, Swedish bank vaults held around 3.6 billion kronor in notes and coins, down from 8.7 billion in 2010, according to the Bank for International Settlements. Cash machines, which are controlled by a Swedish bank consortium, are being dismantled by the hundreds, especially in rural areas.

Mr. Eriksson, who now heads the Association of Swedish Private Security Companies, a lobbying group for firms providing security for cash transfers, accuses banks and credit card companies of trying to “price cash out of the market” to make way for cards and electronic payments, which generate fee income.

“I don’t think that’s something they should decide on their own,” he said. “Should they really be able to use their market force to turn Sweden into a cashless society?”

The government has not sought to stem the cashless tide. If anything, it has benefited from more efficient tax collection, because electronic transactions leave a trail; in countries like Greece and Italy, where cash is still heavily used, tax evasion remains a big problem.

Leif Trogen, an official at the Swedish Bankers’ Association, acknowledged that banks were earning substantial fee income from the cashless revolution. But because it costs money for banks and businesses to conduct commerce in cash, reducing its use makes financial sense, Mr. Trogen said.

Cash is certainly not dead. The Swedish central bank, the Riksbank, predicts it will decline fast but still be circulating in 20 years. Recently, the Riksbank issued newly redesigned coins and notes.

But for an increasing number of consumers, cash is no longer a habit.

At the University of Gothenburg, students said they almost exclusively used cards and electronic payments. “No one uses cash,” said Hannah Ek, 23. “I think our generation can live without it.”

The downside, she conceded, was that it was easy to spend without thinking. “I do spend more,” Ms. Ek said. “But if I had a 500 krona bill, I’d think twice about spending it all.” (Five hundred kronor is about $58.)

The shift has rippled through even the most unlikely corners of the Swedish economy.

Stefan Wikberg, 65, was homeless for four years after losing his job as an I.T. technician. He has a place to live now and sells magazines for Situation Stockholm, a charitable organization, and began using a mobile card reader to take payments, after noticing that almost no one carried cash.

“Now people can’t get away,” said Mr. Wikberg, who carries a sign saying he accepts Visa, MasterCard and American Express. “When they say, ‘I don’t have change,’ I tell them they can pay with card or even by SMS,” he said, referring to text messages. His sales have grown by 30 percent since he adopted the card reader two years ago.

At the Filadelfia Stockholm church, so few of the 1,000 parishioners now carry cash that the church had to adapt, said Soren Eskilsson, the executive pastor.

During a recent Sunday service, the church’s bank account number was projected onto a large screen. Worshipers pulled out cellphones and tithed through an app called Swish, a payment system set up by Sweden’s biggest banks that is fast becoming a rival to cards.

Other congregants lined up at a special “Kollektomat” card machine, where they could transfer funds to various church operations. Last year, out of 20 million kronor in tithes collected, more than 85 percent came in by card or digital payment.

“People give more money to the church now because it’s electronic and easy,” said Mr. Eskilsson, adding that the church saved on security costs by handling less cash.

Despite the convenience, even some who stand to gain from a cashless society see drawbacks.

“Sweden has always been at the forefront of technology, so it’s easy to embrace this,” said Jacob de Geer, a founder of iZettle, which makes a mobile-powered card reader.

“But Big Brother can watch exactly what you’re doing if you purchase things only electronically,” he said.

But for Mr. Ulvaeus, the music magnate, such concerns are overblown.

“Everything speaks in favor of a cashless society,” he said as he strolled past the Abba Museum to retrieve his car. “It’s a utopian thought, but we’re very close to it.”

He paused at a hot-dog stand for a snack. But when he was ready to pay, the card reader was broken.