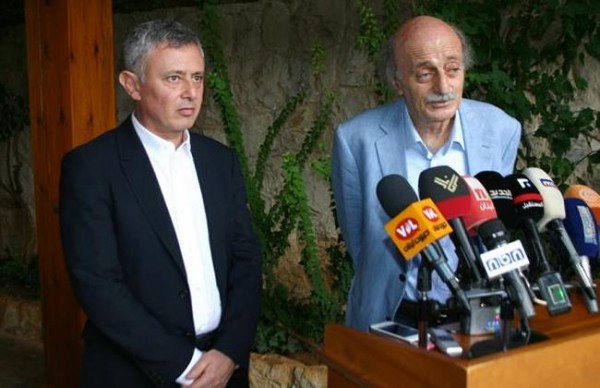 “(Former PM  Saad) Hariri suggested the initiative with the Saudi blessing  but Iran rejected it and that was enough to freeze it,” Jumblatt told the daily.

“Who knows, maybe when the U.S. starts lifting sanctions against Iran then it would sell the initiative back to the U.S.” he added.

Jumbled added: “I urge all political parties  to focus   starting with the beginning of the new year,on activating the cabinet’s work and to look into the people’s affairs.”

Hariri’s initiative has reportedly exposed Hezbollah’s intentions with regards to the presidency.

According to analysts the Iranian backed Hezbollah militant group does not want at this stage any president in Lebanon and is using Change and reform bloc leader MP Michel Aoun now like it did in 2007 strictly to obstruct the election of a president.

Hezbollah according to the observers wants to continue to use Aoun to get a Christian cover for its Syria role and wait till the Syrian war is over before making a decision on the presidency.

This is not he first time Iran is being blamed for obstructing the election of a president . Lebanese Forces leader Samir Geagea who was the first to announce his candidacy blamed Iran on several occasions.