Russian bombing of Syria may be a war crime, says Amnesty 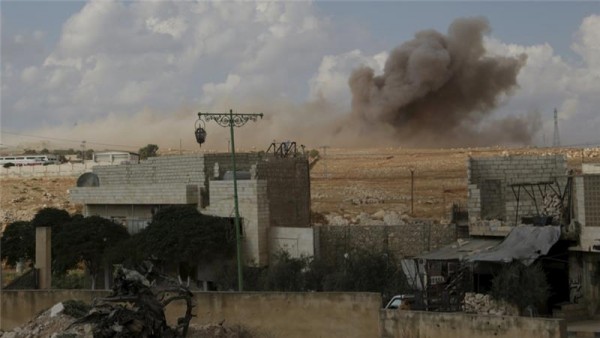 Activists say Russian warplanes dropped cluster bombs in the suburbs of Idlib and Hama [Reuters]
Share:
Russia’s bombing of Syria may amount to a war crime because of the number of civilians its strikes have killed, Amnesty International said on Wednesday, presenting what it said was evidence that the air raids had violated humanitarian law.

“Russian air strikes in Syria have killed hundreds of civilians and caused massive destruction in residential areas, striking homes, a mosque and a busy market, as well as medical facilities, in…attacks that show evidence of violations of international humanitarian law,” Amnesty said in a new report.

Amnesty, whose charges echoed those of some Syrian observers, said Russian air strikes had killed at least 200 civilians and around a dozen fighters from September to November of this year.

It said its report, which focused on six attacks in Homs, Idlib and Aleppo, was based on interviews with witnesses and survivors, as well as on video evidence and images showing the aftermath of attacks.

The Russian strikes “appear to have directly attacked civilians or civilian objects by striking residential areas with no evident military target and even medical facilities,” Philip Luther, director of the Middle East and North Africa program at Amnesty International, said in a statement.

“Such attacks may amount to war crimes,” Luther said.