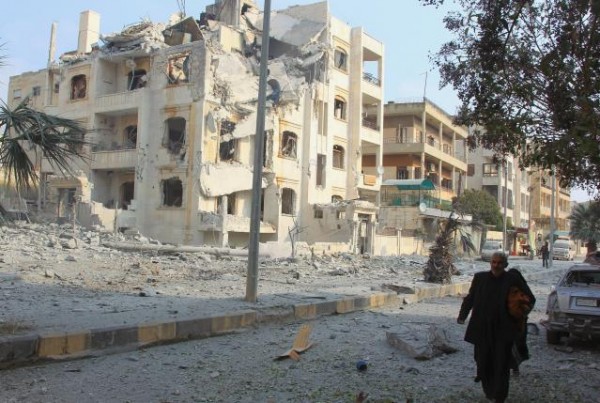 Davutoglu told members of his ruling Justice and Development party that Russia has mostly been “targeting moderate opposition groups and civilians,” and that IS militants have become “stronger in areas where opposition groups lost power.”

The prime minister condemned what he said was a Russian Air Force attack in the Syrian town of Idlib on Dec. 20, an incident that killed more than 40 people, according to early reports.

Relations between Ankara and Moscow soured last month after the Turkish army downed a Russian jet on the Syrian border, an incident that led to the death of a Russian pilot and rescue marine. Ankara has said its airspace was violated and warnings ignored. Moscow has denied this.

Davutoglu also welcomed a U.N Security Council resolution endorsing an international road map for the Syrian peace process but expressed concern that the Syrian people will not be protected from “Assad’s cruelty.”

Turkey and Russia, which were previously close economic partners, are at odds over Syria. Moscow staunchly defends the Damascus regime of President Bashar Assad while Turkey has served as a base for Syria’s armed and political opposition.
ASSOCIATED PRESS