Progress made in Saudi-led talks with Syrian opposition: Kerry 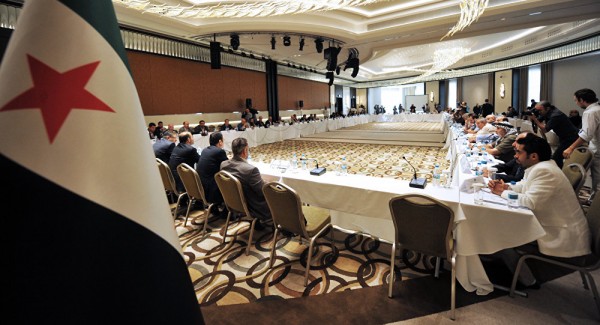 U.S. Secretary of State John Kerry said on Thursday that Saudi-led talks to try to unite Syrian opposition groups had made progress, an important step for advancing political talks on ending the Syrian conflict.

Saudi Arabia, a strong supporter of the rebels fighting for more than four years to topple President Bashar al-Assad, is hosting the opposition this week in the most ambitious attempt yet to find an agreed platform ahead of planned international peace talks in New York.

Bringing the fragmented opposition together is seen by its backers as a crucial step to end a civil war which started with protests against Assad in 2011 and quickly drew in rival Sunni and Shi’ite Muslim powers across the Middle East.

“The meeting in Saudi Arabia appears to be very constructive at this point … but I think everybody is moving in the direction that they want to rapidly get to a political process,” Kerry said on the sidelines of climate talks in Paris.

“So we made progress but we have some tough issues to get over,” he said.

A possible Dec. 18 meeting to advance the Syrian peace talks in New York is “not locked in yet” and sides are awaiting the outcome of the Saudi conference, he added.

Russia, the United States, European and Middle Eastern countries agreed last month in talks in Vienna on a two-year timeline leading to Syrian national elections, but left many questions unresolved, most notably the fate of Assad.

The countries involved in the talks – which also include Saudi Arabia, Iran and Turkey – laid out a plan including formal talks between the government and opposition from Jan. 1.
Reuters