Trump tells Jewish donors” you want a puppet in the White House, I don’t want your money’ 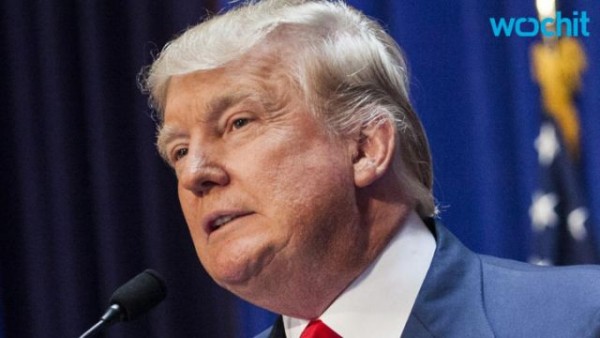 Republican presidential candidate Donald Trump told” the Jewish donors Thursday : ” I don’t want your money. You want to control your own politician… you want to install a puppet in the White House
Share:

The Jewish donors gathered Thursday had two demands of the Republican presidential candidates who’d come to speak to them: unambiguous support for Israel and respect.

Donald Trump seemed to fail at both.

The party’s 2016 front-runner openly questioned Israel’s commitment to the Mideast peace process in his remarks to the Republican Jewish Coalition, echoing comments he made the night before in an interview with The Associated Press. He drew boos after refusing to endorse Jerusalem as the nation’s undivided capital. And he suggested to the influential group simply wanted to install a puppet in the White House.

It was an extraordinary speech to a group used to deferential treatment. And Trump’s comments on Israel — particularly the billionaire businessman’s repeated questioning of its commitment to making a peace deal with the Palestinians — sparked an aggressive backlash from his Republican rivals.

“Some in our own party — in the news today — have actually questioned Israel’s commitment to peace,” Florida Sen. Marco Rubio told the crowd. “Some in our own party actually call for more sacrifice from the Israeli people. They are dead wrong, and they don’t understand the enduring bond between Israel and America.”

The primary benefactor of the Republican Jewish Coalition is casino magnate Sheldon Adelson, who spent more on the 2012 federal elections than any other donor. Adelson’s willingness to make a huge political investment helps explain why his signature group attracted all of the major GOP presidential candidates to its forum in Washington — even though the man himself wasn’t among the hundreds in attendance.

On the eve of the event, Trump weighed in on the Israeli-Palestinian conflict in an interview with The Associated Press. He questioned for the first time both sides’ commitment to peace, adding that he would know within six months of being elected president whether he could broker an elusive peace accord.

He doubled down on those comments Thursday in an auditorium packed with Israel’s most loyal supporters.

The comment drew murmurs of disapproval. Later, a smattering of boos broke out after he refused to say whether Jerusalem should serve as the undivided capital of Israel, a priority for many in America’s pro-Israel lobby.

Trump shrugged off the criticism. “Do me a favor, just relax,” he told one of the people booing. Perhaps more than any other candidate, he can afford to.

The billionaire frequently calls himself a “self-funded” candidate. Compared to his rivals, he has raised — and spent — dramatically less, depending largely on free publicity to drive his campaign. He began his candidacy by loaning his campaign almost $2 million and has suggested a willingness to spend much more of his own money.

Yet he hasn’t ignored donors altogether. Fundraising records show that supporters have handed over $4 million, enough to cover his presidential efforts in recent months.

Regardless of his relationship with donors, Trump’s comments mark a sharp contrast from his Republican rivals who pledged unconditional allegiance to Israel. Several candidates blasted him from the stage.

“This is not a real estate deal with two sides arguing over money” Rubio said. “It’s a struggle to safeguard the future of Israel.”

Said Texas Sen. Ted Cruz, “We need a president who will stand unapologetically with the nation of Israel.”

Former Arkansas Gov. Mike Huckabee seemed to target Trump when he mentioned that some in his party support the “head-scratching” proposal that Mideast peace is possible only if Israel and the Palestinians both come to the table.

“I want to say where have you been for the last 70 years?” Huckabee charged.

Michael Leventoff, a New York businessman and member of the Republican Jewish Coalition, said Trump questioning Israel’s commitment to the peace process is another example of him “just getting it wrong.”

“There’s plenty of evidence of Israel’s repeated attempts at peace,” he said. “This is exactly why Trump is what I like to call a brilliant idiot. He should know better, and probably does.”

Trump told RJC members that while he doesn’t want their money, he does want their support. He noted he has won several awards from Jewish groups and recently said he has “a very good relationship” with Adelson.

The casino magnate has yet to make up his mind how who he’ll support in the GOP primary, said Adelson’s political adviser, Andy Abboud.

Each of the candidates is strong on the issues that concern Adelson the most, chief among them protection of Israel, he said. “The Adelsons are generally pleased with all of the Republican candidates and feel that the primary process will work its way out.”