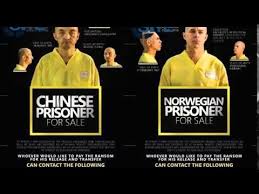 Islamic State said in its magazine on Wednesday that it had killed a Chinese and a Norwegian captive, showing what appeared to be pictures of the dead men with a banner reading “executed.”

In its previous issue of Dabiq, it had said the two captives were “for sale.”

Islamic State also said it had originally planned to bring down a Western plane over Egypt’s Sinai but changed its target to a Russian one after Moscow launched airstrikes in Syria.

It said it had smuggled the bomb onto the Russian plane after finding a security loophole at Sharm al-Sheikh airport.