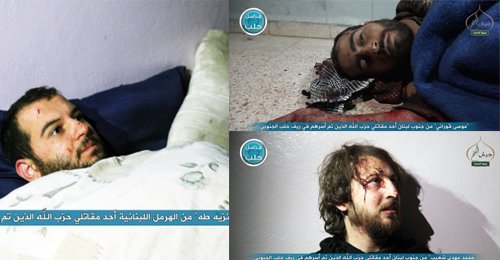 The al-Qaida lined al-Nusra Front announced on Saturday the capture of three Hezbollah fighters in Syria.

It said via its Twitter account that the three Hezbollah fighters were capture in Reef Aleppo in Syria.

It identified the detainees as Mohammed Mehdi Shoaib and Moussa Qurani, both from southern Lebanon, and Hassan Nazih Taha from al-Hermel from the Bekaa.

A number of other party members were killed in combat in the area, it revealed.

Thousands of Hezbollah fighters have been combating alongside the Syrian regime against an uprising that broke out in the country 2011.

What started as a peaceful uprising turned violent when the regime adopted force to end the uprising.