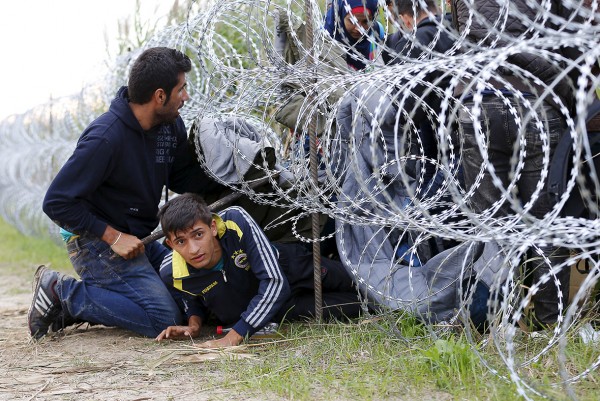 Syrian migrants climb under rolls of razor wire into Hungary at the border with Serbia
Share:
Germany shouldn’t send back refugees to the their first point-of-entry in the European Union based on the bloc’s Dublin accord, Hungarian Foreign Minister Peter Szijjarto said, according to an interview with MTI news service.

“The Dublin system is dead since apart from a few exceptions, countries aren’t abiding by its terms,” Szijjarto said on Wednesday, according to MTI. “Not a single Syrian” should be returned from western Europe to Hungary, he said.

Hungary has built a razor-wire fence along its southern border to keep refugees out and has been the staunchest critic of German Chancellor Angela Merkel’s open-door policy to welcome an estimated million migrants this year, mostly refugees from Syria.
BLOOMBERG