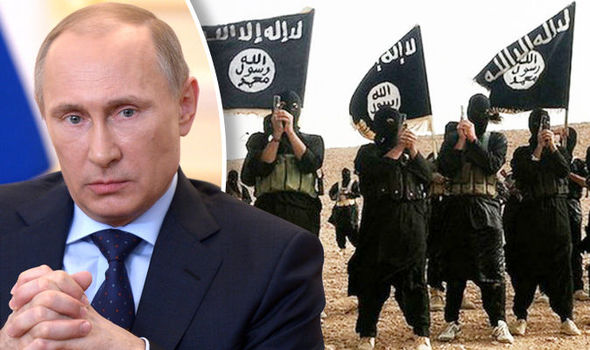 President Vladimir Putin ordered the suspension of all Russian passenger flights to Egypt on Friday until the cause of a deadly plane crash at the weekend was established.

Putin’s decision was a response to the crash of an Airbus A321 operated by a Russian carrier on Saturday over Egypt’s Sinai Peninsula. All 224 people on board were killed.

The move, which follows decisions by Britain and others to suspend flights to and from Sharm al-Sheikh, the Egyptian resort where the downed Russian airliner originated, may be the first sign that Moscow is attaching credibility to the theory that Islamist militants somehow planted a bomb on the aircraft.

However, the Kremlin said the decision did not mean the crash was caused by a terrorist attack.

Putin acted after Alexander Bortnikov, the head of Russia’s FSB security service, recommended that Russia suspend all passenger flights to Egypt until it knew exactly what caused the crash.

“The head of state agreed with these recommendations,” Dmitry Peskov, Putin’s spokesman, was quoted as saying by the Interfax news agency.

He said the government would find a way to bring Russians back home and would open talks with Egyptian authorities to guarantee flight safety.

A Sinai-based group affiliated with Islamic State, the militants who have seized swathes of Iraq and Syria, has claimed responsibility for the crash, which, if confirmed, would make it the jihadist organization’s first attack on civil aviation.

Britain has said a bomb planted by an Islamic State affiliate may have caused the jet to crash and also suspended regular flights to Sharm amid concerns over airport security. Ireland, Germany and the Netherlands also suspended flights to the resort.

Egypt is one of the most popular holiday destinations for Russians and any decision to suspend flights would cause major logistical problems for Russia’s airlines and tourists.

Tourist agency Tez Tour, which estimates it sells about 15 percent of trips to Egypt from Russia, said 10,000 of its Russian clients were in Egypt.

“How are they (the authorities) going to bring people back? If people are at a resort and they come to them to say a plane was sent to take you back, they would say: no, we want to be on holiday for two more weeks, we’re not going anywhere. An evacuation order would be needed,” said Vladimir Kaganer, general director of Tez Tour.

British attempts to bring home thousands of stranded tourists were thrown into chaos on Friday when Egypt reduced the number of flights it would allow to take them home.

Egypt’s Minister of Civil Aviation, Hossam Kamal, said the operation to bring large numbers of British holidaymakers from their hotels to the airport and then put them on flights without their luggage was “a huge burden on the airport because its capacity does not allow for that”.

The fate of Egypt’s tourist industry, a vital source of hard currency for a struggling economy, is at stake as well as the credibility of President Abdel Fattah al-Sisi’s claims to have brought under control the militants fighting to topple his government.