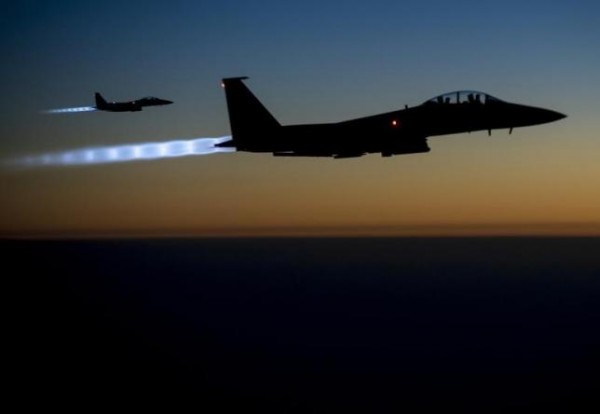 The Pentagon chief, who faced withering criticism over the administration’s handling of the Islamic State crisis, said while the Iraq mission was to train, advise and assist Iraqi forces, “where we have actionable intelligence and a capable partner force, we want to support our partners and we will.”

As Carter briefed the Armed Services Committee on the U.S. strategy against the militants, Secretary of State John Kerry spoke with members of the Senate Foreign Relations Committee behind closed doors on the same issue, just days before heading to Vienna for multilateral talks on Syria.

An official in the region told Reuters that Iran had been invited to the Vienna talks by the United States and Russia, and Deputy Foreign Minister Hossein Amir-Abdollahian would attend, while the presence of Iranian Foreign Minister Mohammad Javad Zarif was still under discussion.

“Friday obviously will be an important day,” said Senator Bob Corker, the Republican chairman of the foreign relations panel. The Obama administration “are putting a lot of stock in Friday’s meetings,” he said.

Carter told the Senate Armed Services Committee that going forward the U.S.-led coalition would support local forces as they put pressure on Islamic State in the group’s Syrian stronghold of Raqqa and in the captured Iraqi city of Ramadi.

He said the United States was now supporting Syrian Arab forces already inside the country fighting Islamic State rather than trying to train completely new moderate Syrian fighters outside the country, an effort that cost millions of dollars and produced few trained troops.

Marine Corp General Joseph Dunford, chairman of the Joint Chiefs of Staff, told the panel he would consider recommending putting more U.S. advisers with Iraqi troops to support the Islamic State fight if it improved chances of defeating the militants.

“If it had operational or strategic impact and we could reinforce success, that would be the basic framework within which I’d make a recommendation for additional forces to be co-located with Iraqi units,” Dunford said.

Senator John McCain, chairman of the Senate Armed Services Committee, sharply criticized the administration’s handling of the war, saying it had “all too often made the problem worse” by trying to deal with symptoms rather than the sectarian divisions at the center of the problem.

“There’s a clear military dimension to this problem,” McCain said. “Unless the military balance of power changes on the ground, diplomacy, as has been amply proven, will achieve nothing.”