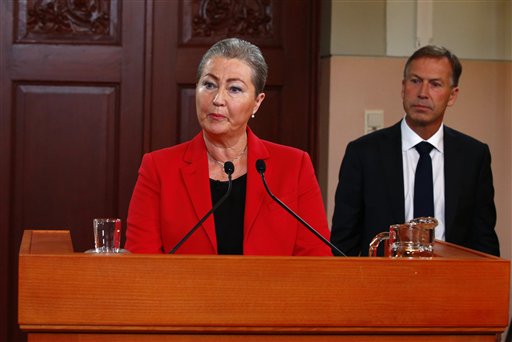 A Tunisian democracy group won the Nobel Peace Prize on Friday for its contributions to the first and most successful Arab Spring movement.

The Norwegian Nobel Committee cited the Tunisian National Dialogue Quartet “for its decisive contribution to the building of a pluralistic democracy” in the North African country following its 2011 revolution.

“It established an alternative, peaceful political process at a time when the country was on the brink of civil war,” the committee said in its citation.

The prize is a huge victory for small Tunisia, whose young and still shaky democracy suffered two extremist attacks this year that killed 60 people and devastated the tourism industry.

Tunisian protesters sparked uprisings across the Arab world in 2011 that overthrew dictators and upset the status quo. Tunisia is the only country in the region to painstakingly build a democracy, involving a range of political and social forces in dialogue to create a constitution, legislature and democratic institutions.

“More than anything, the prize is intended as an encouragement to the Tunisian people, who despite major challenges have laid the groundwork for a national fraternity which the committee hopes will serve as an example to be followed by other countries,” committee chair Kaci Kullmann Five said.

The National Dialogue Quartet is made up of four key organizations in Tunisian civil society: the Tunisian General Labour Union; the Tunisian Confederation of Industry, Trade and Handicrafts; the Tunisian Human Rights League; and the Tunisian Order of Lawyers.

Kullmann Five said the prize was for the quartet as a whole, not the four individual organizations.

The decision came as a surprise to many, with speculation having focused on Europe’s migrant crisis or the Iran-U.S. nuclear deal in July.

“It is a very good prize that tries to get into the heart of the conflict in the Muslim world,” said Oeyvind Stenersen, a Nobel historian. “But it was a bit bewildering. It was very unexpected.”

The award capped a week of Nobel Prize announcements, with the winners of the medicine, physics, chemistry and literature awards presented earlier in Stockholm.

The economics award — not an original Nobel Prize but created in 1968 — will be announced on Monday.

Wallstrom told Sweden’s state broadcaster SVT “it is a long and difficult process to achieve democratic reforms in a country that has been subjected to such a difficult situation, but it (Tunisia) has done everything right and it has been done with active support from civil society.”

She calls Tunisia “one of few examples of success” following the Arab spring uprisings and says she hopes the prize will help inspire other countries that are struggling to reform.

She particularly praised the country’s establishment of a new constitution that was anchored among women and young people and its attempts to establish consensus between different parties.