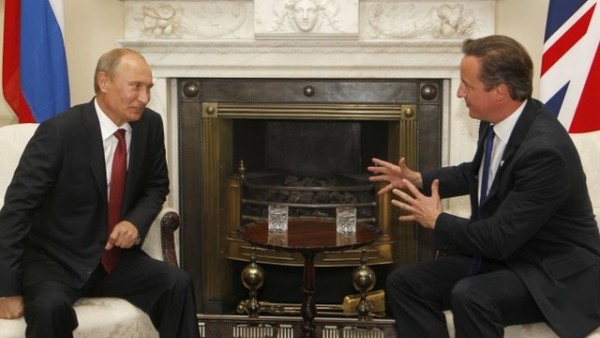 Moscow says its airstrikes are targeting the Islamic State (ISIL) jihadists, but British intelligence forces claim that only one in 20 Russian airstrikes were hitting the extremist group.

“Tragically, what has happened is that most of the Russian airstrikes, as far as we have been able to see so far, have been in parts of Syria not controlled by ISIL but by other opponents of the regime,” Cameron told BBC television.

“They are backing the butcher Assad, which is a terrible mistake for them and for the world. It is going to make the region more unstable, it will lead to further radicalisation and increase terrorism.

“I would say to them: ‘Change direction, join us in attacking ISIL, but recognise that if we want to have a secure region, we need an alternative leader to Assad.

“He can’t unite the Syrian people. Assad has driven far more people from their homes with the barrel bombs and the brutality than even the brutal death cult of ISIL.”

Cameron said he would not order airstrikes against Islamic State in Syria without a parliamentary vote to do so.

Cameron was speaking in Manchester, northwest England, before the start of his ruling Conservative Party’s annual conference.