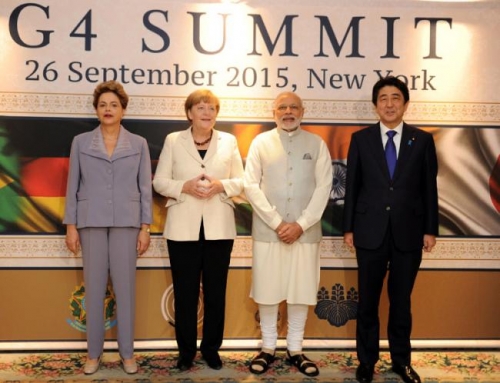 The leaders of India, Brazil, Germany and Japan are expressing concern about the failure to reform the Security Council and calling again for permanent seats on the U.N.’s most powerful body.

The four regional leaders said in a joint statement Saturday that “a more representative, legitimate and effective” council is needed more than ever to address spiraling global crises and conflicts.

Since 1979, the U.N. has been discussing an expansion of the 15-member council to reflect the changing world in the 21st century. The current system is a reflection of the global power structure after World War II when the United Nations was founded.

Every proposed change has been rejected, primarily because of rivalries between countries and regions and concerns over self-interest above a better functioning U.N.

The four leaders pledged to work with all U.N. member states to accelerate “early and meaningful” council reform and “concrete outcomes” during the General Assembly session which ends in September 2016.