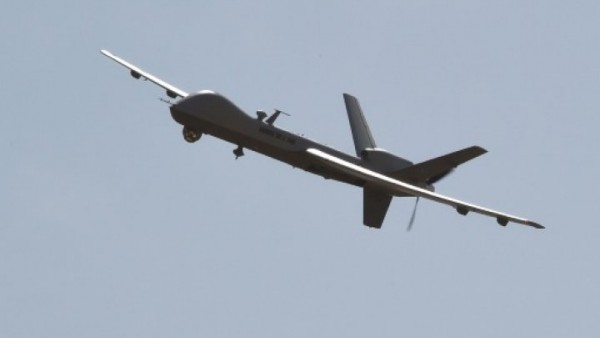 A US drone strike has killed two suspected members of Al-Qaeda east of the Yemeni capital, a local official said on Tuesday.

“Two members of Al-Qaeda were killed when a missile from a US drone hit their vehicle” on the outskirts of the city of Marib during the night, the official told AFP.

Marib province has seen fierce fighting in recent weeks as forces loyal to exiled President Abedrabbo Mansour Hadi press an offensive against Shiite rebels with the support of Saudi-led troops.

Washington has waged a longstanding drone war against Al-Qaeda’s Yemen-based branch which it regards as the jihadist network’s most dangerous.

The strikes have continued alongside the Saudi-led military intervention which began in March against the Huthi insurgents who control the capital.

Al-Qaeda said in June that its leader in Yemen, Nasir al-Wuhayshi, had been killed by a US drone.

Al-Qaeda in the Arabian Peninsula (AQAP) controls parts of the vast southeastern province of Hadramawt, including the provincial capital Mukalla which they seized in April.

On Monday the jihadists angered Mukalla residents by razing tombs in an old cemetery, according to an official in the coastal city.

“Some of these tombs are for religious dignitaries and are 300 years old,” the official said.

Al-Qaeda and its jihadist rival, the Islamic State group, regard the reverence of tombs as tantamount to idolatry.

Al-Qaeda militants have also stirred discontent after selling 1,000 barrels of crude oil stocked in a port near Mukalla to a local merchant.

AQAP members in Mukalla released a statement defending their action, saying a local council made of dignitaries had been “incapable” of running the city.