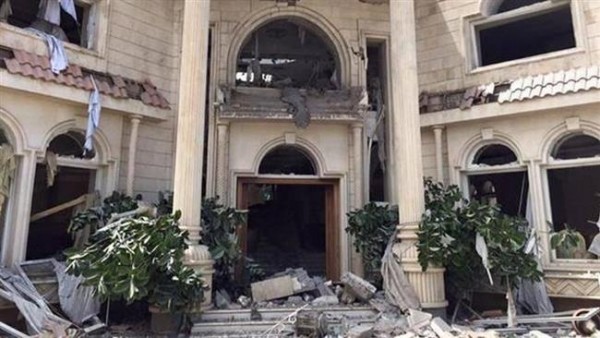 A Saudi-led coalition has denied its warplanes bombed the Omani ambassador’s home in the Yemeni capital Sanaa, target of months of its air strikes, and called for an investigation, Saudi media reported on Sunday.

The Omani foreign ministry summoned the Saudi ambassador in Muscat on Saturday and handed him a protest letter over the air strikes, which the state news agency ONA said had targeted the residence of its ambassador to Yemen.

The ministry had been turned into a military operations center for the Houthis, the Iranian-allied group that controls the capital and large swathes of the country, the daily said.

Asharq al-Awsat quoted Asiri as saying the coalition would welcome an investigation and suggested the house may have been hit by a Houthi mortar shell.

“One would be able from the beginning to distinguish between a mortar strike and a plane strike,” he said.

The coalition began air strikes against the Houthis and allied forces in late March after they pushed from their northern stronghold toward the southern port of Aden.

Oman, one of six countries in Gulf Cooperation Council which also groups Saudi Arabia, Kuwait, Bahrain, Qatar and the United Arab Emirates, has been neutral in the conflict in Yemen. It has hosted U.N.-mediated talks between the Houthis and the government of President Abd-Rabbu Mansour Hadi.

Yemeni sources said that a Houthi delegation left Sanaa on Sunday for talks with the U.N. envoy to Yemen, Ismail Ould Cheikh Ahmed.

Coalition air raids have intensified in recent weeks as a Gulf Arab ground force and fighters loyal to Hadi prepare a campaign to recapture Sanaa, seized by Houthi fighters in September 2014.

Residents said about 10 air strikes were launched on the Interior Ministry building in the north of the capital, a police camp close to it and a military building.

The Houthi-run Saba news agency said on Sunday the total of people killed in Saturday’s air strikes had risen to 40 with 130 more injured, and prompted the health ministry to issue an urgent appeal for medical supplies.

Sanaa residents on Sunday reported a calm night, but local officials in the central province of Ibb said 10 people were killed and 15 others injured there in air strikes targeting a government compound dedicated to fighting al Qaeda.

The coalition sees the Houthis as proxies for non-Arab Iran, which they accuse of trying to expand its influence into Saudi Arabia’s Arab neighbors. Iran denies those allegations.