US Congress returns to battle over Iran nuclear deal 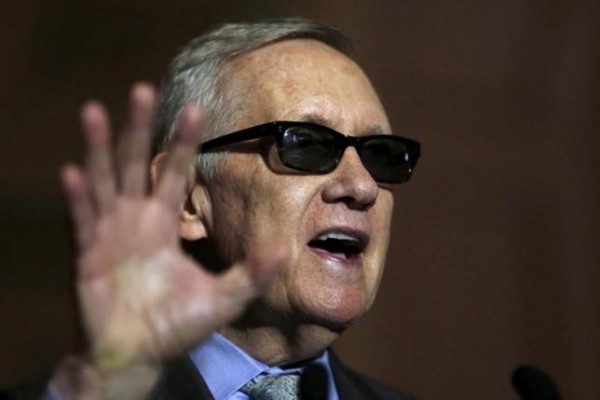 “There is no such thing as a better deal. There is no plausible alternative. There is no better deal,” Reid said in a speech at the Carnegie Endowment for International Peace as lawmakers returned to Washington from a summer break to begin a high-stakes debate on a resolution disapproving the Iran deal.

Many congressional opponents of the deal have argued it offers sanctions relief in exchange for too few concessions from Iran on its nuclear program, and have said the United States and other world powers should return to the negotiating table to push for a tougher agreement.

Reid used his speech to press his case for using a Senate procedural rule to block a Republican-backed resolution of disapproval of the deal. Such a maneuver would keep Democratic President Barack Obama from having to use his veto power to protect an international accord seen as a potential legacy foreign policy achievement.

Shortly before Reid spoke, U.S. Senator Joe Manchin said he would be the fourth Senate Democrat to object to the deal.

“While the deal places real constraints on Iran’s nuclear program for the next 10-15 years, after that term, Iran will be able to produce enough enriched uranium for a nuclear weapon in a very short period of time,” Manchin said.

However, 38 senators have already expressed their support, enough to sustain Obama’s veto of any congressional resolution disapproving of the agreement if the Senate and House of Representatives pass such a measure.

“We expect to know very soon where everybody stands,” Reid said. Democrats would need 41 votes to prevent the measure from coming to a vote.

Manchin’s announcement left only four Democratic senators who had not announced their position.

Republican Senator Susan Collins has also not announced her position on the nuclear agreement.
WASHINGTON POST