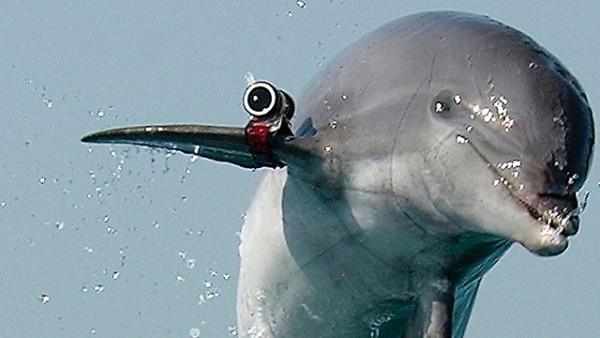 A dolphin purportedly conducting a “spying mission for the Israeli Government” has been apprehended by the Gaza-based militant group Hamas in the Mediterranean sea, it was reported.

The dolphin caught the attention of the Palestinian militants because it was conducting “suspicious” manoeuvres in the water, Hamas said.

The group controlling the coastal enclave said the dolphin had been equipped with “video cameras” and other “espionage” tools.

According to the Al Quds publication, the dolphin was also carrying a device capable of firing arrows which could harm a human being. The animal remains in Hamas custody.

Dolphins, as well as sea lions, have been used for military purposes by the US and other armies since the 1960s.

Animal, bird and even rodent spy sightings arise from time to time in the volatile Middle East.

In 2007, fourteen squirrels were reportedly “arrested” on surveillance charges in the Islamic Republic of Iran. The country’s media network IRNA reported that the rodents were discovered carrying “eavesdropping devices”.

In 2011, a “Mossad vulture” was captured in Saudi Arabia on suspicions of surveillance.
NZ HERALD/ Telegraph Group Ltd