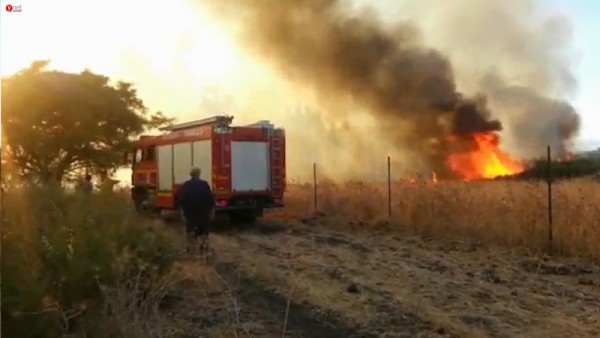 “Four rockets were launched from the Syrian Golan Heights, landing in the Upper Galilee and the Israeli Golan Heights,” the military said in a statement. “No injuries have been reported.”

The Israeli army responded with artillery fire after rockets fired from Syria exploded in Israel’s north on Thursday, while the Israel Air Force also struck Syria in response, Israeli media reported on Thursday

The IDF Spokesman said in a statement that “the army sees Syria as responsible for the fire, and it will pay the price for it.”

The rockets were likely fired from territory area under the control of Syrian President Bashar Assad’s regime. The Syrian government only controls the area around the village of Khader near the border with Israel, but deeper inside the Syrian Golan Heights there are additional areas under the Assad regime’s control.

The IDF also said that Islamic Jihad fired the rockets “with Iranian funding and direction.”

The IDF notes there are a number of groups operating on the Syrian side of the border – including those affiliated with Iran and Hezbollah of Samir Kuntar and of Mustafa Mughniyeh, the brother of Jihad Mughniyeh who was killed in January in an attack attributed to Israel; as well as local Palestinian groups.