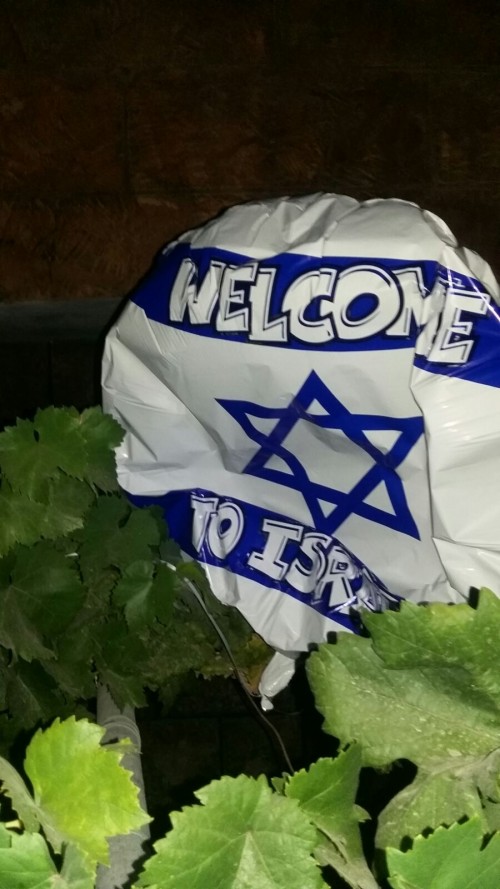 Security forces were examining the white and blue balloon emblazoned with a Star of David, according to media reports.

A series of massive explosions were heard last night and reportedly occurred  inside the occupied Shebaa Farms, amid Israeli reconnaissance flights over Arqoub villages and the heights of Mount Hermon,  NNA  reported.

Hezbollah chief Hassan Nasrallah confirmed last night that Aoun is still a presidential candidate and his party backs his candidacy.
The parliamentary Future Bloc accused Hezbollah of using Aoun and his Free Patriotic Movement to paralyze state institutions, prolong the presidential vacuum, now in its 15th month, and obstruct the government’s work.

Nine people were killed when a boat smuggling Palestinian refugees out of north Lebanon sank in Turkey’s territorial waters.

40  Palestinian refugee who moved from Yarmouk camp in Syria to Lebanon were on the boat . The boat sailed off the Port of Tripoli towards Turkey about 48 hours ago, and upon arriving in the territorial waters of Turkey, it drowned due to the excess weight.

The survivors  were pulled out of the water and transferred by Turkish rescue units and Coast Guard to Turkish hospitals for treatment.

The employees and workers of Beirut port started today   over  the dumping of garbage  in a space close to the port, NNA reported.
Health minister Abu Faour telephoned Salam to inform him about the danger of dumping waste at Beirut Port, LBCI reported.
Wheat silo employees went on strike in solidarity with the Beirut Port employees, according to media reports.
The strike at Beirut Port was suspended after the protesters received assurances from Salam, LBCI reported

Dispute between Jumblatt and Arslan

Kuwaiti newspaper al Anbaaa reported that relations between the 2 Druze leaders PSP chief MP Walid Jumblatt and Lebanese Democratic party leader MP Talal Arslan  are tense because of their dispute  over the situation in Syria . While Arslan continues to  back the Assad regime  and has recently received several Druze officials from Sweida Syria who back the regime, Jumblatt has been urging his supporters in Syria to back the opposition.

Assir /Raid
National News Agency reported on Wednesday that the General Security today raided the house of Palestinian Fouad Gh., (a supporter of Salafist cleric Sheikh Ahmed al-Assir) who is still at large, in Sidon.

State Commissioner to the Military Court Judge Saqr Saqr referred on Wednesday Sheikh al-Assir and the other detainees (linked to the case) to the Army Intelligence Directorate to expand investigations with them, Lebanese media reported. 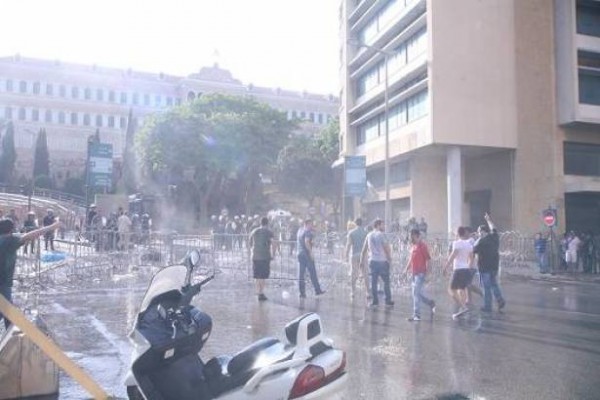 You Stink protest
An activist group that was born from Lebanon’s garbage crisis held today a protest to pressure the government to adopt a sustainable solution to the country’s garbage crisis.

The Internal Security Forces on Wednesday released the four ‘You Stink’ protesters just after 10 pm , NNA field reporter said, adding that the four of them are back in Riad  Solh square.

The campaign decided to stage another sit-in on Saturday at 6:00 p.m.