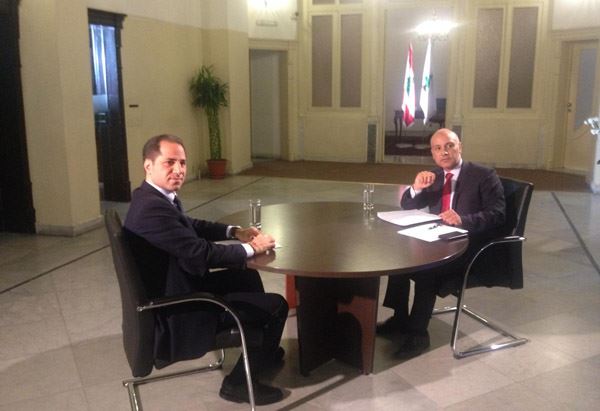 “There is no doubt that there is a problem in partnership in this country that started with the Taef Accord and everyone knows this,” Gemayel acknowledged during an interview on al-Jadeed ( New TV) on Sunday.

“Amid this decaying situation, the presidential vacuum, the parliament’s paralysis and the threats on the border, is this the time to tackle the minor issues? Will the rights of Christians be restored through this appointment?” Gemayel asked rhetorically.

He noted that the  FPM chief is “mistaken in the topics that he is reducing the problem to.”

“The rectification of the political situation must go first through a new electoral law,” he said.

“We’re not convinced that the Christian situation can only be rectified through Aoun’s election as president,” Gemayel went on to say.

But the Phalange Party  chief underlined that the election of a new president must precede the drafting of a new electoral law.

“The future of Christians is not hinging on a single person,” Gemayel stressed.

He also said the rights of Christians will not be “undermined” if Gen. Roukoz  does not become army chief.

Asked about Hezbollah chief  Hassan Nasrallah’s allegations that there is an attempt to “defeat” and “isolate” Aoun, Gemayel underscored that the Phalange Party  rejects the isolation or defeat of any party in Lebanon.

Aoun  claims that his   street protests were against   what he termed as the violation of the rights of Christians and Defense Minister Samir Moqbel’s decision to extend the terms of top three military officers, including the army commander.

FPM has also accused Prime Minister Tammam Salam of infringing on the rights of the Christian president in his absence. The movement’s ministers want to amend the cabinet’s working mechanism to have a say on its agenda.

Prior to Moqbel’s move, Aoun had been reportedly lobbying for political consensus on the appointment of Roukoz as army chief and electing  him as the president .