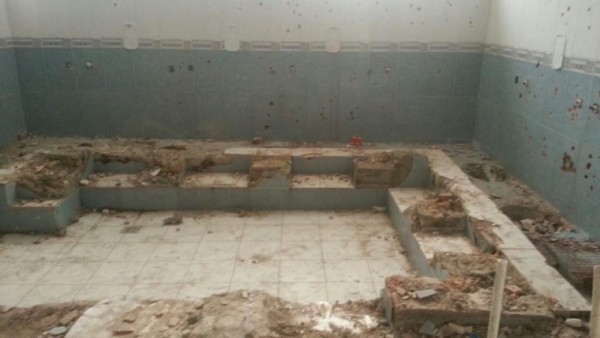 While most Iranians follow the Shiite branch of Islam, there are millions of Sunnis who also call Iran their home. However, in the capital Tehran and major cities like Isfahan, Shiraz and Mashhad, this minority religious community is forbidden from having its own mosques. Now, authorities in the capital have also started destroying unofficial prayer Sunni spaces.

In 1997, Iran’s last official census recorded about five million Sunnis. The number has grown since then: today, an estimated one million Sunni Muslims live in Tehran province alone.

There are 47,291 Shiite mosques and 10,344 Sunni mosques in Iran, according to official statistics. Many of these mosques on the official record are tiny spaces serving small villages. However, there are no Sunni mosques at all in Iran’s large cities.

For decades, Tehran’s Sunni minority has sought to build a mosque but authorities have always prevented the construction. The Pahlavi dynasty, which ruled Iran from 1925 to 1979, refused to grant the Sunnis building permission. During the 1979 Islamic Revolution, Ayatollah Khomenai originally promised to let them build a mosque. However, after he took power, he changed his mind. Post-revolution, Shiite clergy gained power under the Shah’s rule and Tehran’s Sunnis lost hope of building a mosque.

Deprived of a mosque, Tehran’s Sunni minority use quasi-secret worship rooms. These rooms are usually mostly empty, void of the same objects and decoration found in a real mosque, and just used to gather and pray. According to our Observers, there are about four or five such worship rooms scattered throughout different neighbourhoods. However, Iranian authorities closed some of them on Thursday, July 29, though it was impossible to confirm how many were shut.

Tehran municipal officials went even further when they went to the large worship room in the Pounak neighbourhood, the only such space in the west of Tehran. Authorities, backed by security officials, systematically destroyed the room, knocking down walls and reducing much of the space to rubble.

Outcry after the destruction was widespread. Iranians—including both Shiites and Sunnis, people from different political parties and both political and human rights activists— have also openly criticized the government action. Grand Molavai Abodlhamid, Iran’s most prominent Sunni mufti, wrote a letter about it to Supreme Leader Ayatollah Khomeini and President Hasan Rouhani. Neither has reacted to the incident or responded to Abodlhamid’s letter.

“Some Shiite hardliners believe that Sunni Muslims have no right to have a worship room in a ‘Shia country’”, Saeed Tehran a prominent member of the Iranian Sunni community said.

Saeed lives in Tehran and has attended religious events held in the Pounak worship room.

Article 12 and 13 of the Iranian constitution says that all branches of Islam and Christianity have right to worship as do Jews and Zoroastrians. However, conversion from Islam to any other religion is completely “haram” [foribben] and illegal. Those who do convert risk execution.