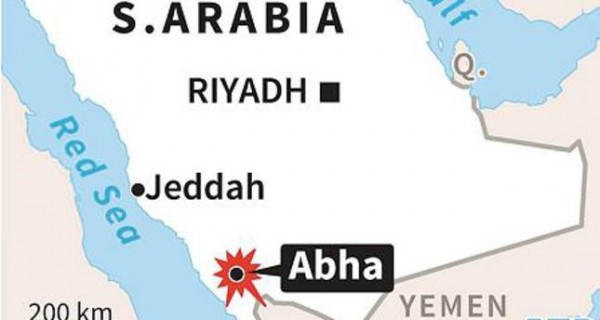 An allegedly new Islamic State affiliate in Saudi Arabia claimed responsibility for a suicide bombing at a mosque inside a police compound in the country’s southwest on Thursday that killed at least 15 people, most of them members and recruits of the kingdom’s special forces.It was the deadliest attack against Saudi security personnel in years and one that is likely to pull the kingdom deeper into the regional war with IS extremists.The blast took place in an Interior Ministry compound in the city of Abha, the provincial capital of Asir, which lies along the border with war-torn Yemen. The troops killed were members of an elite counterterrorism force.

The kingdom had for years quietly allowed thousands of Saudis to leave the country to join militant groups fighting in Iraq and Syria, until the late King Abdullah last year decreed that fighting abroad was illegal. At the same time, Saudi Arabia joined a U.S.-led coalition carrying out airstrikes in Syria and Iraq against the Islamic State.

The kingdom is also leading a coalition targeting Yemen’s Iran-allied Shiite rebels who have carried out a number of cross-border attacks against Saudi military targets.

Hours after Thursday’s bombing in Abha, a previously unheard of IS affiliate, which calls itself Hijaz Province of the Islamic State, claimed responsibility for the attack.

The group issued a statement saying an IS suicide bomber targeted a “monument of the apostate,” referring to the special forces’ compound in Abha. It described the kingdom’s ruling family as “tyrants” who have aligned themselves with “their Crusader masters,” or Western allies. The statement was carried on IS-affiliated Twitter accounts and was also reported by the SITE Intelligence Group, which tracks militant messages.

The “Hijaz” in its name is a reference to the historic western part of Saudi Arabia that is home to Islam’s holiest sites of Mecca and Medina. The name raises the specter of future assaults in this part of Saudi Arabia, which has not seen terrorist attacks in recent years.