Indonesian President Joko Widodo has urged the country’s two biggest Islamic groups to continue their brand of moderate Islam, amid growing religious intolerance and radicalism. Mr Widodo, who spoke at the opening of the congresses of the two groups, also paid tribute to their contributions in alleviating poverty.

Muhammadiyah, Indonesia’s second largest Islamic organisation, opened its 47th congress in Makassar, South Sulawesi on Monday (Aug 3). It chose the theme of “Progressive Islam” for the congress- its vision of a modern and moderate Islam.

Mr Widodo encouraged members to embrace diversity and practise an Islam for all.

“Make Progressive Islam part of the renewal process, where you understand a religion which is rational and open to the development of knowledge,” he said. “But make it with a moderate character that is civilised and not easily angered.”

The president also attended the opening of the Nahdlatul Ulama congress in Jombang, East Java, last Saturday. The group also advocates moderate Islam, making Islam Nusantara or “Islam of the archipelago” central to its congress. 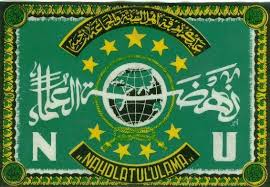 Nahdlatul Ulama is also reaching out in cyberspace. The group has mobilised its youths to blog on the teachings of Islam and write consistent messages on social media.

“They are basically trying to employ many of the same techniques that have been used by the Salafi effectively in the past to try to counter their message,” said Dr Alexander Raymond Arifianto, a research fellow at S Rajaratnam School of International Studies. “But of course, whether the proponents of Islam Nusantara are going to be successful or not in this endeavour remains to be seen, because the conservatives have long dominated the public arena in this discourse for over a decade.”

Islamic groups in Indonesia realise the challenges they face in upholding tolerance, peace and progressiveness. But as the country with the largest Muslim population in the world, Indonesia is in a strategic position to be a role model and a bearer of Islam.

Between them, Nahdlatul Ulama and Muhammadiyah have more than 90 million followers. That is more than a third of the total population in Indonesia.

Thus, both groups will continue to play a significant role in embracing and portraying a brand of moderate Islam, not only for Indonesia, but for the rest of the world to see.