Gemayel accuses Hezbollah , Aoun of pushing the country towards suicide 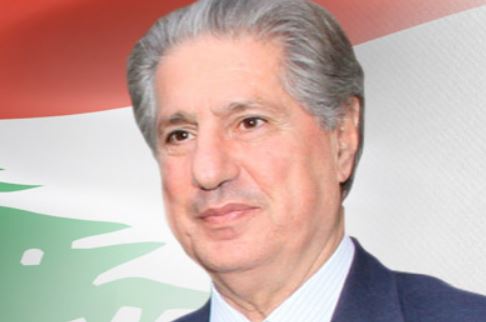 Former Lebanese president Amin Gemayel accused Hezbollah and its ally the Free Patriotic Movement of crippling the functioning of the government through their tactics, saying that the paralysis of the state ends with an initiative on their part, Asharq al-Awsat newspaper reported on Sunday.

He told the daily: “Some sides are pushing the country towards suicide through their efforts to empty state institutions.”

“Given their insistence to obstruct government work, after imposing a vacuum in the presidency, the cabinet is practically resigned because it is no longer able to function ,” he said.

“We are passing through extraordinary circumstances that obligate ministers to perform their duties and to take extraordinary measures to revitalize state functioning,” Gemayel said.

“We are unfortunately witnessing excessive acts that are pushing us towards fatal vacuum,” he noted.

“Such measures require the minimum amount of consensus that is completely missing over minor issues at the moment, so how can it be reached over major national ones?” he told Asharq al-Awsat.

The Change and Reform bloc’s decision to obstruct the government’s decision making mechanism during cabinet sessions has led to paralyzing its ability to address key pressing issues.