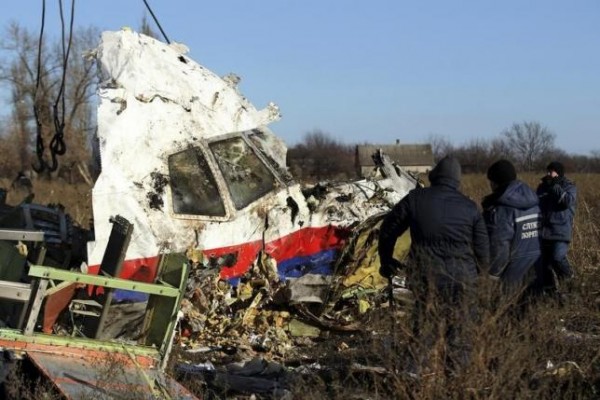 Russia vetoed a United Nations Security Council draft resolution on Wednesday that would have set up an international tribunal to prosecute those suspected of downing a Malaysia Airlines passenger airliner last year in eastern Ukraine.

Eleven countries on the 15-member council voted in favor of the proposal by Malaysia, Australia, the Netherlands, Belgium and Ukraine, while three countries abstained: China, Angola and Venezuela. A resolution needs nine votes in favor to pass and no veto by Russia, the United States, China, Britain or France.

Flight MH17 was shot down in July 2014 with 298 passengers on board, two-thirds of them Dutch. It crashed in Ukrainian territory held by Russian-backed separatists.

“Those responsible may believe that they can now hide behind the Russian Federation’s veto. They will not be allowed to evade justice,” Australian Foreign Minister Julie Bishop told the council. There were 39 Australians on board flight MH17.

She said Australia, the Netherlands, Malaysia, Belgium and Ukraine would now seek an alternative prosecution mechanism.

Ukraine and Western countries accuse the rebels in eastern Ukraine of shooting down the plane with a Russian-made missile. But Moscow has rejected accusations it supplied the rebels with SA-11 Buk anti-aircraft missile systems.

The U.S. ambassador to the United Nations, Samantha Power, told the council that “no veto will stand in the way of this heinous crime being investigated and prosecuted.”

“Efforts to deny justice only intensify the pain of the victims’ families, who have already endured more than any of us can fathom,” she said “It is the effect of Russia’s veto today.”

Russia had proposed its own rival draft resolution, which pushed for a greater U.N. role in an investigation into what caused the downing of the aircraft and demanded justice, but it would not have set up a tribunal.

Russian U.N. Ambassador Vitaly Churkin said it was premature to set up an international tribunal. He said the draft resolution was submitted for a vote by Malaysia and its co-sponsors with the knowledge that it would be vetoed.

“This in our view indicates the fact that political purposes were more important for them than practical objectives. This of course is regrettable,” Churkin said. “Russia stands ready to cooperate in the conduct of a full, independent and objective investigation of the reasons and circumstances of the crash.”

Dutch Foreign Minister Bert Koenders said the case had been made for a prosecution mechanism that transcended politics.

“I find it incomprehensible that a member of the Security Council obstructs justice in a tragedy that has affected so many. Impunity will give a very dangerous signal,” he said.

Malaysia, Australia, the Netherlands, Belgium and Ukraine are conducting a criminal inquiry in the downing of MH17. Separately, a final report on the cause of the crash is due in October from the Dutch Safety Board.

On July 21, 2014, the Security Council unanimously adopted a resolution that demanded that those responsible “be held to account and that all states cooperate fully with efforts to establish accountability.”