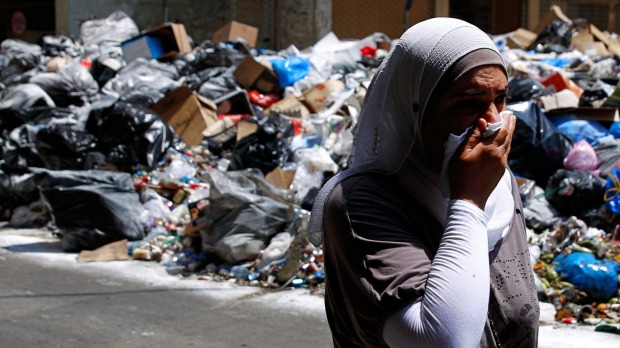 “We’re closed. We’re not producing anything today,” a man representing Bakalian Flour Mills was quoted as saying  by the The Daily Star, outside the company’s Beirut port facility.

He said trucks had dumped mounds of garbage behind a concrete wall across the street.

Bakalian’s general manager, Patricia Bakalian, had previously threatened to shut down the facility if trash continued to be dumped there. “We will close tomorrow [Wednesday] if trash was emptied overnight in the truck parking lot in Beirut port,” Bakalian said in comments to a local newspaper.

The closure drew fears of a bread shortage in the markets, but Economy Minister Alain Hakim said in a statement Wednesday thatLebanon faced “no bread crisis.”

Hakim said he spoke with Beirut Governor Ziad Chebib, who promised to remove the offending waste. Chebib was not available for comment.

The garbage crisis  began when the landfill in the town of Naameh south of Beirut was shut down on July 17.

Since then, mountains of garbage piled up in Beirut and Mount Lebanon.

The government so far failed to resolve the crisis.

He was commenting on the stinking garbage in Lebanon

“We do not understand the delay in resolving the waste disposal crisis” he said
“Shame on all those who are blackmailing a company or party at the expense of the people for the sake of making money and personal gains, “he said without naming the politicians behind the crisis.