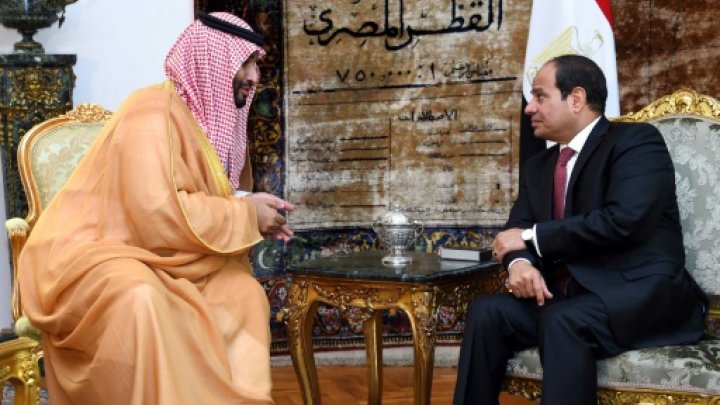 Egypt and Saudi Arabia signed a pact in Cairo Thursday aimed at boosting military and economic ties between the two Arab allies.

Relations have warmed since the 2013 ouster of Islamist president Mohamed Morsi, with Saudi Arabia offering billions in aid to Egypt and Cairo participating in a Saudi-led bombing campaign against Iran-backed rebels in Yemen.

“The two sides stressed the need to exert all efforts to boost security and stability in the region, and to work together to protect Arab national security,” Sisi’s office said after the signing.

Riyadh has emerged as a key supporter of Sisi since the then army chief ousted Morsi two years ago, offering $4 billion (3.7 billion euros) to help kick-start an economy battered by years of political turmoil.

And Egypt has backed Riyadh’s air campaign against Shiite rebels in Yemen, regularly saying it shares a common vision with Riyadh on tackling the crisis there.

Cairo had previously said it would also be prepared to commit ground troops if required.

On August 27, Arab defence and foreign ministers are to gather in Cairo to discuss the modalities of the force.

Sisi has strongly advocated such a force to fight jihadists in the region after the Islamic State group claimed in February the beheading in Libya of 21 Coptic Christians, all but one of them Egyptian.