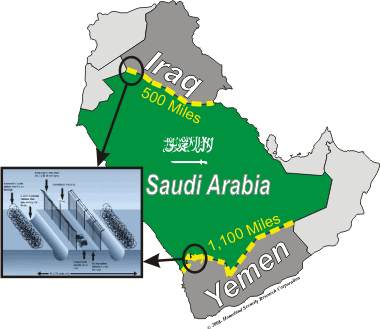 Saudi Arabia announced a surprise five-day pause to its bombing campaign in Yemen on Sunday to allow aid to flow into the war-torn state on the southern tip of the Arabian Peninsula, two weeks after ignoring a similar UN initiative.

The so-called “pausefire”, was preceded by a series of Saudi-led coalition air strikes near the capital, Sana’a, late on Saturday and shortly after dawn on Sunday. Fighting between Yemeni forces allied to the coalition also fought with Houthi rebel forces at a military base near the Southern port city of Aden.

The ceasefire, announced Saturday afternoon and due to begin at midnight on Sunday, caught UN humanitarian and diplomatic officials unawares. They have been pushing for a temporary end to the violence in Yemen as a precursor to a renewed diplomatic push and Riyadh’s unilateral announcement — made as UN Yemen envoy Ismail Ould Cheikh Ahmed arrived in Riyadh — highlights the organisation’s difficult relations with the kingdom.

The abrupt announcement meant that Mr Ould Cheikh Ahmed, who was not informed of the initiative before arriving in the Saudi capital, had just 36 hours to convince the alliance of Shia Houthi fighters and military loyalists of former president Ali Abdullah Saleh to agree to the terms of the pause, under which they would cease all military operations, including the movement of military supplies during the five-day period.

The unilateral declaration will deepen the Houthis’ mistrust of the Saudis, according to Hussein al-Bokhaiti, a Sana’a-based pro-Houthi activist with close ties to the movement’s leadership. “The announcement of any truce must be with co-ordination with other side not [suddenly announced],” he said, arguing that the Saudis used the last truce to prepare a successful campaign to retake the southern port city of Aden.

A senior UN official, who asked not be named, had little hope that the ceasefire would be effective: “[T]he Houthis are unlikely [to observe the Saudi pause] given the lack of respect for the previous pause during which the campaign to retake Aden was conducted. I wouldn’t be very optimistic about the response.”

Houthis, who are said to be allied to Iran, have been calling for greater rights for their minority Zaydi Shia community based in northern Yemen.

Their rapid rise has alarmed neighbouring Saudi Arabia, which is locked in a proxy cold war with Iran for regional dominance.

This is not the first time that wires have been crossed in the UN’s relations with Riyadh. In early July, the UN Secretary-General Ban Ki-moon announced that both the Houthi-Saleh alliance and the Riyadh-based Yemeni government-in-exile of president Abd Rabbu Mansour Hadi, had agreed to a five-day humanitarian pause. But the Saudi-led coalition continued to carry out attacks in Yemen, saying that it had not been approached to discuss the temporary truce.

There have also been difficulties over the distribution of humanitarian aid. In April the Kingdom announced it would pay the full $274m required to fund initial UN humanitarian relief efforts in Yemen. Instead Riyadh has created its own aid agency, the King Salman Centre for Relief and Humanitarian Work, and has told the UN that individual aid agencies need to apply for funds on a case-by-case basis. But after three months no money has been transferred to the UN, according to several UN officials.

By pledging to fund the appeal, the Saudis discouraged other donors from stepping in, meaning that funding efforts have moved slowly, said a senior UN official. To date, the UN has raised $243m, just 15 per cent of the $1.6bn it says it will need to pay for its humanitarian work in Yemen this year. Amer Daoudi, who co-ordinates the UN’s regional humanitarian efforts, is due to to discuss the issue in Riyadh at the end of the month.