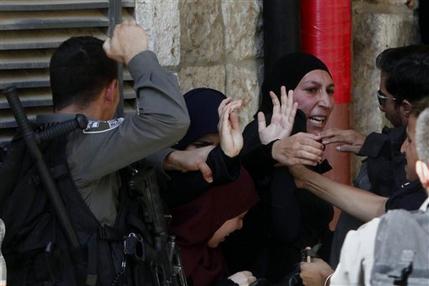 Micky Rosenfeld said police received prior warnings that masked Arab youths were barricading themselves inside the al-Aqsa Mosque armed with rocks and fire bombs. He said the youths planned to attack Jews visiting the area Sunday for Tisha B’Av – the Jewish holiday marking the destruction of ancient Hebrew temples.

Rosenfeld said some officers were wounded as they pushed the youths back, without providing further details.

Jews refer to the hilltop site – their holiest – as the Temple Mount. Muslims refer to it as the Noble Sanctuary. It is Islam’s third holiest site, after Mecca and Medina in Saudi Arabia. The site is a flashpoint of tension between the faiths.