Analysis: Shock and outrage is exactly what Trump wants 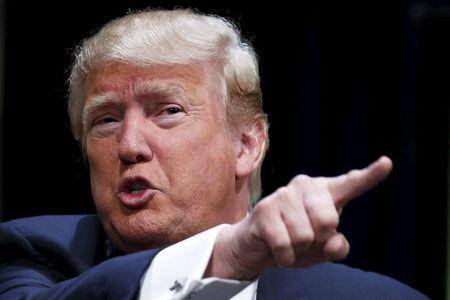 You can insinuate, for example, that your nation’s president and commander in chief is an Islamist sleeper agent, unfit for office, full of hatred for the country he claims to serve.

As a champion of the birther movement – those campaigning for a natural born American as head of state – Trump did just that and polls showed that just over 51 per cent of Republican primary voters agreed with him before the last election.

You can say that most Mexicans “being sent” by their government without papers across the southern border are rapists and criminals. Sure, you might cop a little flak from Republican moderates, but as Trump found since he launched his presidential campaign, you’ll also shoot to the top of Republican polls.
But can you attack a war hero who is also an elder statesman in the party you would presume to lead? Can you get away with saying that Senator John McCain, a man shot down over North Vietnam before being imprisoned and tortured, and – remember this – declining to be released early so he could stay with his men, is not a hero? Can you suggest he is less worthy of honor because he was captured?

Well that depends on why you are running, how long you need to stay in the race to achieve that end, how much money you have and the thickness of your hide.

Let’s look at Trump on those grounds.

Divorced though he is from everyday concerns, from what Karl Rove once derided as the “reality-based community”, Trump can’t really believe that he was ever going to be the Republican candidate.

There is a reasonable and indeed honorable tradition of outsider candidates joining American presidential races not to win them but to shape the national debate. This year the Democratic senator Bernie Sanders is talking about inequality, the Republican Lindsey Graham is talking about foreign policy.

From that point of view his campaign is going superbly. And since it is going so well, it is easy to imagine that he will let it roll on as long he can, certainly until after the first campaign debate next month. According to the rules of the debate, to be hosted by Fox News, the leading 10 candidates of the field of 15 will be invited to attend.

Trump’s comments about McCain will doubtless dent his popularity, but so far it seems hard to imagine he will not be one of those getting an invitation.
Which brings us to money. Any other candidate, one who, like Trump avoided service in Vietnam only to traduce a hero of that war, might find his campaign bankrupted.

Presidential politics in America does not function without mountains of cash, and major candidates need not only constant contributions from small donors, but a spigot of currency from mega-donors.

When the mega-donors are scared off by the stench of scandal or failure, campaigns crash.

But that’s not the case for Trump. As he likes to tell people, relentlessly, “I am really rich”.

Besides, Trump has made such spectacle of himself and his party that he now barely needs to spend any money to get airtime. The news coverage is wall to wall.

So what about Trump’s hide? Might he not see that his presence in the race does nothing but embarrass his party, delight Democrats and give Hillary Clinton the time and space to fundraise without the scrutiny she might otherwise be subjected to?

Might he not wake one morning and feel the slightest shame for the insult he offered a man who has dedicated his life to the service of his country? To the president? To the Mexicans?

Not likely. Donald Trump was born into wealth and through his life has pursued only more, plus fame.

He has the hide of a herd of elephants. He has blast-proof hide. With his self-conscious pout of gravitas and his NASA comb-over he is invulnerable to shame.

He will eventually flame out. But he did not destroy his campaign with his attack on John McCain.

The logic of political campaigning, as cold and implacable as it is to other candidates, simply does not apply to The Donald.