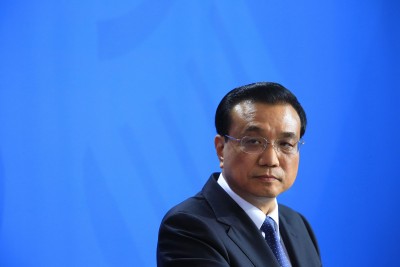 Chinese Premier Li Keqiang has again expressed his frustration with officials who are ignoring orders to reduce bureaucracy amid an economic slowdown, blasting them for being little better than the corrupt cadres the government is trying to root out.

Li has repeatedly criticized officials over the past year or so for being slack and lazy in implementing Beijing’s policy directives as they kept their heads down to stay out of trouble during President Xi Jinping’s sweeping anti-graft campaign.

In May the government sent out 11 investigation teams to 18 provinces and cities to ensure orders are being followed, a report from which was given to the Cabinet this week.

“This investigation was a shove in the back” for government departments, Li told a Cabinet meeting, according to a government statement released late on Wednesday. “The aim is to vigorously enforce policy implementation.”

While some examples of good practices were found, there were also many problems discovered, including unused funds and land left idle, which, while the statement does not give details, were presumably supposed to have been used for projects.

“Holding down a job without doing a stroke of work and accomplishing nothing is a typical example of official corruption, and these officials should be held responsible!” Li said.

While administrative approvals for projects and other paperwork are supposed to have been simplified, Li said some localities were seeing a rise in bureaucracy.

“Are they playing word games? We must resolutely investigate this!” he added.

The investigation team had such success that this system should be made permanent and results made public, Li said.

“We must publicize examples of irresponsibility,” he added.

To support the economy, China’s central bank cut its lending rates for the fourth time in seven months in June, and lowered the amount of cash that some banks must keep as reserves.

But the easier supply of credit has not visibly boosted China’s real economy as firms that need the money the most, such as small businesses, are still encumbered by prohibitively costly bank loans.

Most analysts believe China could lower rates yet again, alongside further reductions to the reserve requirement ratio to ensure the economy grows by about 7 percent for the full year, as targeted by the government.

The government is due to release second-quarter gross domestic product data on July 15 and many economists expect growth to dip below 7 percent, which would be the weakest performance since the global financial crisis.