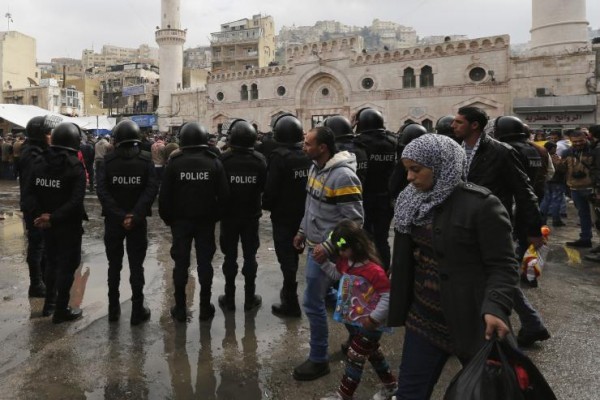 Jordanian security forces have foiled a terror plot by a member of an Iranian-backed group, local newspaper Al Rai reported on Monday.

The report states that the suspect belongs to the Iranian Bayt al-Maqdis group and holds Iraqi and Norwegian citizenship.

The suspect was found to be in possession of large amounts of explosives and was arrested in northern Jordan, the newspaper added.

Jordan’s state security court was set to hold its first hearing on the case on Monday.

Despite similarities in the name, the Iranian-backed group is reportedly unrelated to Egyptian militant group Ansar Bayt al-Maqdis, which recently changed its name after pledging allegiance to ISIS.

A source familiar with the investigation told Al Rai that 45 kilograms of explosives were found in the suspect’s possession.

“This is the most serious case in a decade in terms of the quantity of explosives discovered and their quality,” said the source, adding that a major terror operation had been averted.

The suspect was planning to attack Saudi targets in Jordan according to the reports.