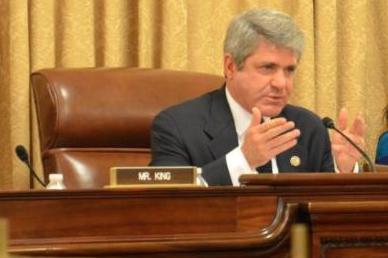 Rep. Michael McCaul, R-Texas
Share:
Americans must remain alert to the chances of a possible terror attack on U.S. soil ahead of the Independence Day weekend, the chairman of the House Committee on Homeland Security warned Sunday.

Rep. Michael McCaul, R-Texas, told Fox News Sunday there are increasing indications through social media that terrorists may be planning a strike. While there are no specific or credible threats, McCaul highlighted the possibility in response to the terror attacks Friday in Tunisia, Kuwait and France.

McCaul noted the call from the IS (also known as the ISIL and ISIS) for terrorist acts during the Muslim holy month of Ramadan, the one-year anniversary of the creation of the IS and the Fourth of July holiday.

“I am extremely concerned about Syrian and (Islamic State) recruiters can use the Internet at lightning speeds to recruit followers in the United States with thousands of followers in the U.S. and then activate them to do whatever they want to do,” McCaul said. “Whether it’s military installations, law enforcement or possibly a Fourth of July event parade.”

Rep. Peter King, R-N.Y., a senior member of the House Intelligence Committee, told ABC’s This Week there was a potential for coordinated attacks.

“ISIS is incomparable as far as terrorist organizations (in using social media),” King said. “It can reach the disaffected, the deranged, and the ideologically committed.”

In addition to the international attacks Friday that left dozens dead on three continents, the FBI arrested 10 Americans in the past three weeks plotting attacks on U.S. soil. Thursday, McCaul introduced a bill that would establish a full-time federal office dedicated to combatting such violence on U.S. soil. The office would be part of the Department of Homeland Security.