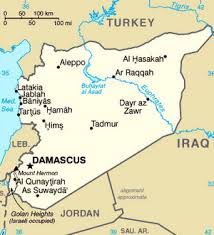 A Syrian military source denied the report, saying the army had repelled the attack.

The city of Hasaka is divided into zones controlled separately by the Damascus government and a Kurdish administration whose well-organized militia has been on the offensive against Islamic State, making significant gains against the group in its stronghold of Raqqa province.