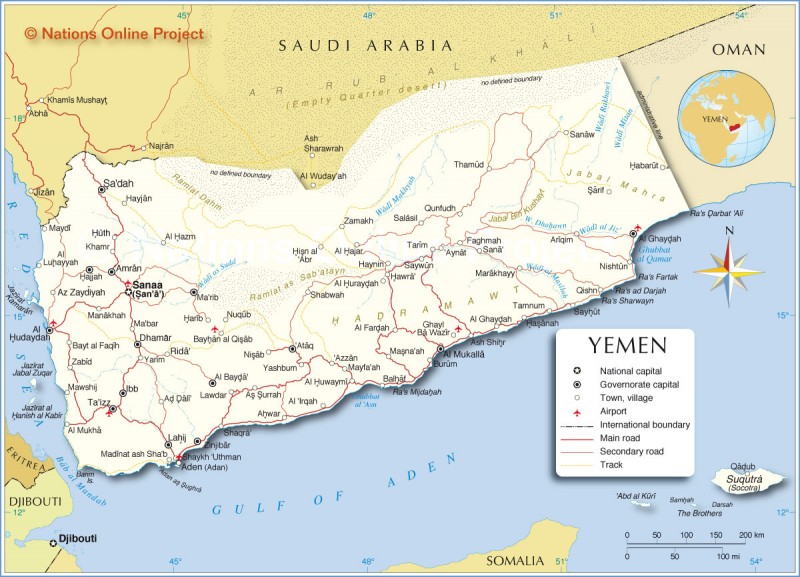 Army forces loyal to Yemen’s exiled president seized a border crossing with Saudi Arabia on Tuesday, officials in the area and witnesses said, dealing a rare blow to the country’s dominant Houthi group.

The Houthis and their allies in Yemen’s army control three other crossings with the kingdom, which has led an anti-Houthi alliance in a three-month bombing campaign against the group to restore President Abd-Rabbu Mansour Hadi to power.

Eyewitnesses reported that thousands of Yemenis gathered there to flee the country after the Wudaya’ah crossing in eastern Hadramawt province changed hands amid heavy combat.

Fighting between Saudi and Houthi forces has closed all other entry points to impoverished Yemen’s oil-rich neighbor, and one border facility has been destroyed in artillery exchanges.

A blockade of Yemen’s sea and air ports by the Arab coalition has created a humanitarian crisis in which food, fuel and medicine are scarce. More than 20 million Yemenis – 80 percent of the population – need aid, according to the United Nations.

Saudi Arabia and its Sunni Muslim allies fear the Houthis are a proxy for Shi’ite Iran in the Arabian Peninsula – charges the group and Tehran both deny.

The Houthis say their seizure of the capital, Sanaa, in September and their spread throughout the country, which has run up against fierce resistance by local fighters, is a revolution against Hadi’s corrupt government and Sunni militants.

Saba, the Houthi-run state news agency, quoted a military official as saying the border area had been taken by “a group of gunmen, al Qaeda militants and mercenaries”.

The chief-of-staff for the pro-Hadi forces, General Mohammed Ali al-Maqdeshi, said border staff were struggling to cope with the waves of refugees.

“There are thousands of people fleeing the hell of battles started by the militias against peaceful civilians which every day cause the number of those headed to the crossing to be even greater and resulted in a lack of services and overcrowding,” he wrote on his official Facebook page.