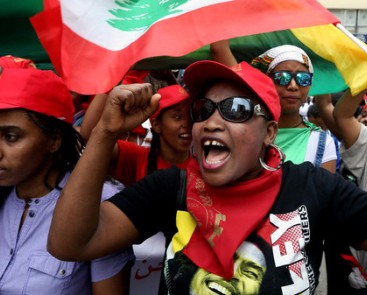 Lebanon has launched a 24-hour hotline for female domestic workers to allow them to report abuse or mistreatment and receive help.

The country hosts more than 200,000 migrant domestic workers, according to the International Labor Organization (ILO), employed under the “Kafala” sponsorship system, which binds them to a single employer and leaves them vulnerable to abuse.

“This project is the practical implementation of the Ministry of Labor’s concern for human rights,” Sejaan Azzi, Lebanon’s minister of labor, said in a statement.

“Every domestic worker now has an address to turn to lodge a complaint in the event she is subjected to any kind of harm or violation of her dignity, and that address is the Ministry of Labor.”

Eighty three percent of the world’s 53 million domestic workers are women, according to ILO. Often unregistered and unprotected by labor laws, they are among the most vulnerable groups of workers in the world.

The Kafala system, used throughout the Middle East, requires migrant workers to seek permission from employers to change jobs and excludes them from the protections of labor laws. Many of Lebanon’s domestic workers are from Ethiopia, Bangladesh, Philippines and Sri Lanka.

Maids are often kept under lock and key by their employer, forced to work long hours, deprived of food and wages or threatened and physically and sexually abused, activists say.

The hotline, accessible through a quick-dial number 1740 from within Lebanon, is being promoted with billboards in several languages to alert migrants of its existence.
VOA/ REUTERS