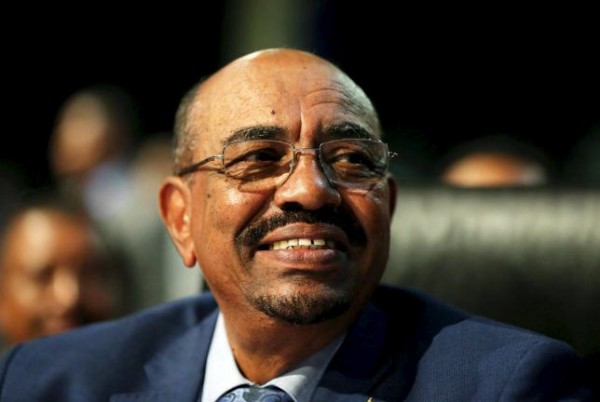 Sudanese President Omar al-Bashir looks on ahead of the 25th African Union summit in Johannesburg June 14, 2015. REUTERS/Siphiwe Sibeko
Share:
A South African judge barred Sudan’s indicted president from leaving the country on Sunday, in a deepening rift between Africa and the West over what Pretoria called anti-poor country bias in the International Criminal Court (ICC).

President Omar al-Bashir, visiting South Africa for an African Union summit, stands accused in an ICC arrest warrant of war crimes and crimes against humanity over atrocities committed in the Darfur conflict. He was first indicted in 2009.

A judge is expected on Monday to hear an application calling for Bashir’s arrest, though this appears unlikely as South Africa’s government has granted legal immunity to all African Union delegates.

“The ANC holds the view that the International Criminal Court is no longer useful for the purposes for which it was intended,” the ANC said in a statement.

“Countries, mainly in Africa and Eastern Europe … continue to unjustifiably bear the brunt of the decisions of the ICC, with Sudan being the latest example.”

A human rights group, the Southern African Litigation Center, earlier petitioned the Pretoria High Court to force the government to issue an arrest warrant for Bashir.

Judge Hans Fabricius postponed the hearing until 0930 GMT (5:30 a.m. EDT) on Monday to allow the government time to prepare its case, urging South African authorities to “take all necessary steps” to prevent Bashir leaving the country.

Sudan’s government said that Bashir had not slipped out of the country, despite some media reports to the contrary. “President Bashir is here in Johannesburg,” presidency spokesman Mohammed Hatem told Reuters from the South African commercial capital.

Earlier, Khartoum defended the South African visit by Bashir, who was sworn in this month for another five-year term, and said the court order had “no value”.

“We contacted South Africa in advance and informed them that the president would participate and they highly welcomed his participation,” Sudan’s State Minister for Foreign Affairs, Kamal Ismail, told reporters in Khartoum.

“What is being mentioned in the media is a propaganda campaign against Sudan,” Ismail added.

The conflict in Darfur has killed as many as 300,000 people and displaced 2 million, the United Nations says.

“He (Bashir) would be a fool if he had not sought guarantees that he would not be transferred before leaving for South Africa,” one ICC official told Reuters, asking not to be named.

The ICC issued a statement asking Pretoria “to spare no effort in ensuring the execution of the arrest warrants”.

It said the court’s members had “deep concern” about the negative consequences if any signatory state failed to assist in detaining Bashir.

A foreign ministry spokesman in South Africa, which is an ICC signatory and therefore obliged to implement arrest warrants, did not respond to requests for comment on Sunday.

The ANC called for a review of ICC statutes to make them apply to all United Nations members to ensure a “fair and independent court for universal and equitable justice”.

The United States’ decision not to sign the ICC’s Rome Statute has caused resentment among African states.