Momentum growing for a global pressure campaign on Israel 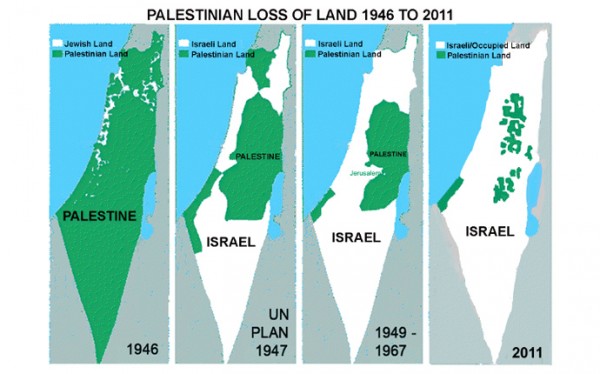 In boardrooms and campuses, on social media and in celebrity circles, momentum seems to be growing for a global pressure campaign on Israel. The atmosphere recalls the boycotts that helped demolish apartheid South Africa a quarter century ago.

Israel and its partisans can be expected to mount a ferocious defense, but their public relations Achilles’ heel may be the Jewish settlements in the West Bank.

The boycott notion has been around for years. Former Pink Floyd frontman Roger Waters has long called on fellow artists to avoid performing in Israel, with limited success.

A new spur appears to come with the March re-election in Israeli of the hard-line Benjamin Netanyahu — despite extraordinary opposition both internationally and domestically, among the country’s security, academic, artistic and media establishments.

Last week, Israelis saw FIFA, the world’s main soccer body, consider their country’s expulsion at the request of the Palestinians, who at the last minute withdrew it. This week they heard that the French telecoms giant Orange wants to terminate its relationship with the Israeli company that licenses its brand. Then came testimonies by academics suggesting they were already facing an undeclared boycott — a big deal in a place that prides itself on its Nobel prize-winners. Increasingly prominent is the so-called “BDS” (boycott-disinvestment-sanctions) movement, run by Palestinians and leftist activists from around the world.

In Israel, politicians have lined up to offer responses, and the talk of the town is how to defend against the boycott peril from abroad.

Comparisons of its treatment of Palestinians to the former South African apartheid system have long been rejected by Israel and its supporters. They also ask why the world focuses so much on Israel and the Palestinians when there are so many oppressive regimes around the world.

They argue that opposition to Israel’s occupation of lands the Palestinians want for their future state often masks a more far-reaching aim of destroying the Jewish state as a whole. In some cases, actually, it openly does so.

The key part of the Israeli defense rests on Israel’s democratic credentials: the country’s Arab minority, sharing an ethnicity with its enemies, has citizen rights, and in fact, an Israeli Arab political party just posted the third-best result in the election.

Critically, however, this argument excludes discussion of the lack of rights for Palestinians in the occupied West Bank. Over 2 million Palestinians live in the territory, which along with Gaza was seized from Jordan in a war that began exactly 48 years ago, on June 5, 1967. They face an array of difficulties, from limits on movement, to a moribund economy, to arrests and indignities at checkpoints.

Israel’s defense, when it claims it is a democracy, is that the West Bank is not part of Israel — just as Iraq was not part of the United States after the 2003 invasion.

But there are key differences.

Israel builds towns there: about a half-million Israelis live either in West Bank settlements or in former West Bank land incorporated into east Jerusalem, also occupied in the 1967 war.

The Israeli settlers can vote in Israeli elections and serve in government as if they live in Israel, but the Palestinians living in the territory cannot.

The Palestinians have voting rights in these autonomous zones and cast ballots for their own leaders, but general elections have not been held for about a decade; and the Palestinian Authority, which rules the islands of autonomy, is far less powerful than Israel.

For decades, most diplomatic efforts have been geared toward moving toward a separate Palestinian state in defined borders living in peace side-by-side Israel. But some Palestinians by now have despaired of the so-called “two-state” solution, concluding after two decades of failed on-and-off peace efforts that the sides will never agree on terms. The alternative, they say, is a single state in all of former British Palestine.

That would mean Israel annexing the West Bank and giving its Palestinians the right to vote. Counting Israeli Arab citizens, Arabs then would make up about 40 percent of the population.

Israel pulled out of the Gaza Strip — the other part of the would-be Palestinian state — in 2005. But “one-staters” see Gaza, with another almost two million Palestinians, as part of the equation. And so, down this path, the Arab-Palestinians and Jewish-Israeli populations would be roughly equal in a unified state.

Such a scenario would be frightening to the Israeli Zionist left, which wants Israel to remain “the Jewish state” but also be democratic, requiring a large Jewish majority. So many Israeli Zionists would be extremely eager for Israel to back off the settlement project and create a greater partition now, with or without the Palestinians’ consent to the borders and other parameters.

Such a unilateral move by Israel would certainly not placate the Palestinians, especially since it would not include east Jerusalem and the walled Old City, key to their ambitions for their own state.

But it could possibly take a lot of the zip out of the boycott movement. Most Palestinians would no longer be occupied by Israel; what remained would be a border dispute with much less potential to stir hearts globally.

This would be opposed by religious Israelis who oppose a pullout from the West Bank because they see it as biblically part of Israel — and right-wingers who emphasize the security risk. For now these groups combined keep winning Israeli elections.

For this reason, ironically, at least some Israelis support the threat of boycotts: to convince their fellow citizens that that they have a problem that must, somehow, be addressed.