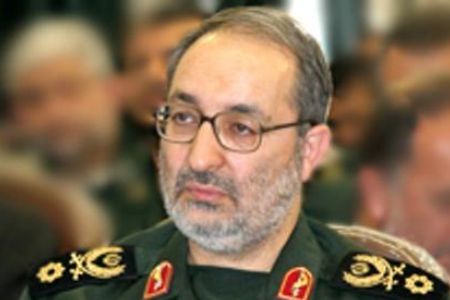 Iran will not allow even restricted outside access to its military sites under any nuclear accord with six powers, the deputy chief of its armed forces said on Friday, reaffirming Tehran’s tough stance on the issue as the deadline for a deal looms.

Access for U.N. nuclear inspectors to Iranian military sites and the pace and timing of sanctions relief for Tehran are among several major disputes that Iran and the powers need to resolve before the self-imposed June 30 deadline for a final deal.

“Any kind of inspection of Iran’s military sites, including managed and restricted access, is unacceptable,” Brigader General Massoud Jazayeri was quoted by Tasnim news agency as saying.

Some senior Iranian negotiators had raised the possibility of some limited access, with Tehran in control of the process.

“Controlled and managed access (to the military sites) does not mean inspection,” Iran’s senior nuclear negotiator Abbas Araqchi said after arriving in Vienna on Thursday for another round of talks with officials from the six powers.

“We are trying to set some rules for managed access to non-nuclear sites,” Iran’s official IRNA news agency quoted him as saying.

But Jazayeri’s comments reinforced the hard line long taken on the issue by both Iran’s Supreme Leader Ayatollah Ali Khamenei, who has the last say on all state matters, and by top military commanders.

“We will not allow any visits to military sites, whether they be limited, controlled, unfree or in any other form,” Jazayeri said. “Let’s avoid playing with words.”

Western powers have long suspected Iran of planning to build a nuclear bomb. Tehran denies any such intention and says its nuclear program has purely civilian aims.

The six powers — the United States, France, Britain, Germany, Russia and China — want the International Atomic Energy Agency (IAEA) to visit military sites to check on past activities that could indicate attempts to build an atomic bomb.

France has specifically warned against the blocking of a final nuclear settlement over the issue of granting access for inspectors to all installations, including military sites.

Iran’s Foreign Minister Mohammad Javad Zarif has called on the six powers to refrain from making “excessive demands” on his country.