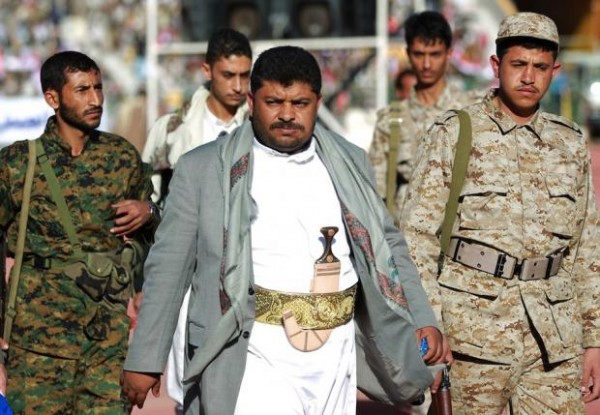 The second-in-command of Yemen’s Shiite rebels said Wednesday that the Iranian-backed group was ready to go to Geneva for U.N.-mediated peace talks on ending the country’s civil war, and accused the internationally-recognized government in exile of “obstructing” dialogue.

Mohammed al-Houthi, who heads the rebels’ powerful Revolutionary Council, told The Associated Press that exiled President Abed Rabbo Mansour Hadi had derailed earlier attempts at negotiations by demanding the rebels first withdraw from all territory they had captured.

“They are putting pre-conditions to obstruct any talks that could lead the Yemeni people to a solution,” al-Houthi said, adding that the Saudi-led coalition refused to halt its air campaign to allow for peace talks. “The coalition is the one that rejects the talks and works on foiling them.”

The talks were postponed last month just two days before they were to have begun on May 28 and no new date has been announced. However, Yemen’s ambassador to the U.N., Khaled Alyemany, told the AP they would begin June 14, and that an official announcement was expected shortly.

A presidential aide said late Tuesday that Hadi was willing to participate in the Geneva talks. The aide, who spoke on condition of anonymity because he wasn’t authorized to brief reporters, did not mention any conditions.

The rebels, known as Houthis, began their advance in September, sweeping into the Yemeni capital, Sanaa, and taking over government ministries and other areas. They held top officials, including Hadi, under house arrest until Hadi fled, first to the southern port city of Aden, then to Saudi Arabia as the rebels closed in backed by forces loyal to former leader President Ali Abdullah Saleh.

The Saudi-led air campaign, launched on March 26, and ground fighting have killed more than 1,000 civilians and displaced more than a million people since mid-March, the spokesman for the U.N. secretary-general, Stephane Dujarric, told reporters Wednesday.

The offensive has so far failed to force the Houthis to withdraw from any territory they hold or blunt their advance in southern Yemen.

The Saudis and Western powers accuse the Houthis of receiving military support from Shiite power Iran as part of a larger proxy war between the Sunni kingdom and the Islamic Republic across the Mideast. Tehran and the rebels deny the allegations, though Iran has acknowledged sending humanitarian aid to the Houthis.

“There is no Iranian intervention in Yemen and the Saudis can inspect the missiles (we fire) and see if these are made in Iran, Russia or America,” al-Houthi said. “We say that they are purely Yemeni-made.”

Asked whether Iranian or Hezbollah forces fight alongside the rebel forces, al-Houthi dismissed the claims as a means to “scare others.”

“We reject any sort of foreign intervention either by the Saudis, the American, the Egyptians or the Iranians,” he said.

Wearing traditional Yemeni robes with a dagger thrust into his silk waistband, al-Houthi sat next to a Kalashnikov assault rifle during the interview, which was held in a lightly guarded house near Sanaa that was bare of furniture except for cushions spread on the ground.

He said the new round of U.N.-mediated talks should begin where the last ones, held in Sanaa earlier this year, left off after the Houthis put Hadi under house arrest.

Oman, the only Gulf country that is not participating in the Saudi-led coalition, is hosting a series of meetings about the crisis. The Oman-led mediations have secured the release of an injured American journalist held along with several other Americans by the Houthis.

Al-Houthi spoke Wednesday as the Saudi-led coalition launched new airstrikes against rebel positions in Sanaa, rocking residential areas and sending panicked residents fleeing into basements. The assault intensified after dark, targeting the presidential palace, a military complex and other areas that house Houthi command centers. An AP reporter counted more than a dozen airstrikes over a 15-minutes period. There was no immediate word on casualties.

The strikes, as well as a Saudi-led air and sea blockade, have caused food, water and medicine shortages, sparking a humanitarian crisis in the Arab world’s poorest country.

Heavy airstrikes also targeted the northern Houthi heartland of Saada, the eastern province of Marib that is home to Yemen’s oil fields, the western city of Taiz and Aden.

“The 69-day assault has pushed the country to disaster,” al-Houthi said. “Yemen is facing a real genocide.”

In the Saudi capital of Riyadh, Rageh Badi, a spokesman for the Yemeni government in exile, accused the Houthis of “systematically assaulting civilians” through random shelling, besieging cities and kidnapping activists and journalists who were being used as “human shields.” He referred to the killing of two journalists last month after the Houthis abducted them and placed them at a site targeted by airstrikes.

Badi said Yemen’s “legitimate government” would return gradually to “safe zones” being set up in the country, starting next week, but did not elaborate.