Catholic Church running out of priests, importing from Africa, Asia 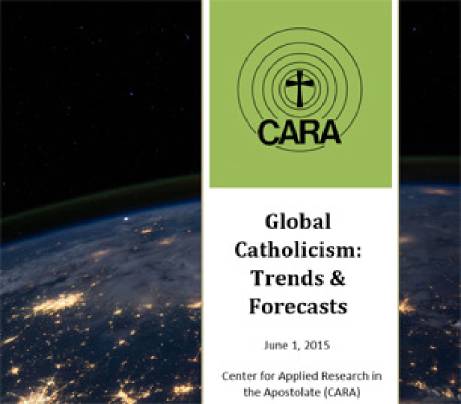 A remarkable survey of the worldwide Catholic Church finds that the Vatican is fading in Europe, once its population base, and running so short of priests for U.S. churches that they are being imported from Africa and Asia.

Still, the Georgetown University-based Center for Applied Research in the Apostolate said that the church is experiencing a popularity boom in Asia and Africa that is more than offsetting the losses in the Americas and Europe.

Overall, CARA said that the global Catholic population has grown 57 percent since 1980, and for the first time tops 1.2 billion.

The authoritative center said that growth continents are running short of space and are seeing parish populations surge. But in Europe, home to many stunning churches, fewer are attending mass and parish populations are shrinking.

“The Church is currently undergoing a dramatic realignment due largely to these differential growth patterns. The parishes that served the Church for hundreds and hundreds of years are no longer closely aligned with the world’s Catholic population and certainly not its most frequently Mass attending populations. However, there is no giant crane that can pick up a parish from Europe and relocate it to Africa,” said CARA.

Maybe worse, the priest population is down 17 percent since 1980. “The most serious decline was Europe, which had a net loss of 78,090 priests during this period, representing a 32 percent decline in this population,” said the report.

Where the church is growing, however, so is the stable of priests. As a result, the church is using that growth to fill gaps in the United States.

“A growing phenomenon within the Church is the use of African and Asian priests in the United States, Europe, and elsewhere where there are too few native priests to staff parishes. Globally, the ratio of Catholics per priest worsened, as the number of Catholics per priest increased from 1,895 in 1980 to 3,126 in 2012,” said CARA.