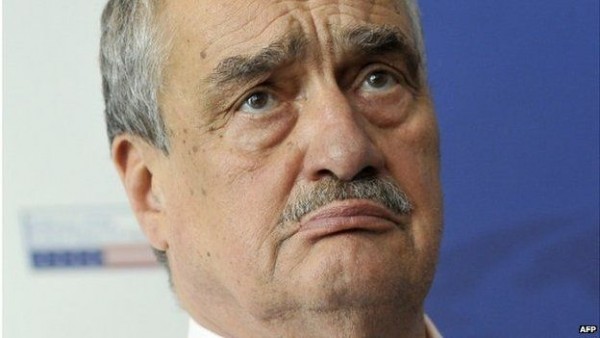 Former Czech foreign minister, Karel Schwarzenberg said he was pleased to have made the list. “When I saw the other names (on the list), I found out I was in a very decent club. I consider this a reward. ” he was quoted as saying by the CTK news agency.
Share:

Those banned are believed to include general secretary of the EU council Uwe Corsepius, and former British deputy prime minister Nick Clegg.

Russia shared the list after several requests by diplomats, the EU said.

The EU called the ban “totally arbitrary and unjustified” and said no explanation had been provided.

Many of those on the list are outspoken critics of the Kremlin, and some have been turned away from Russia in recent months.

The EU said that it had asked repeatedly for the list of those banned, but nothing had been provided until now.

“The list with 89 names has now been shared by the Russian authorities. We don’t have any other information on legal basis, criteria and process of this decision,” an EU spokesman said on Saturday.

“We consider this measure as totally arbitrary and unjustified, especially in the absence of any further clarification and transparency,” he added.

The list of those barred from Russia has not been officially released, although what appears to be a leaked version (in German) is online.

A Russian foreign ministry official would not confirm the names of those barred, but said that the ban was a result of EU sanctions against Russia.

“Why it was precisely these people who entered into the list… is simple – it was done in answer to the sanctions campaign which has been waged in relation to Russia by several states of the European Union,” the official, who was not named,told Russian news agency Tass.

The official said Moscow had previously recommended that all diplomats from countries that imposed sanctions on Russia should check with Russian consular offices before travelling to see if they were banned.

“Just one thing remains unclear: did our European co-workers want these lists to minimise inconveniences for potential ‘denied persons’ or to stage another political show?” he said.

EU sanctions were imposed after Russia annexed Ukraine’s Crimea region in March 2014, and they have been extended amid ongoing fighting between government troops and pro-Russia separatists in eastern Ukraine.

Dutch Prime Minister Mark Rutte told journalists on Friday that the list had been shared with EU diplomats and that three Dutch politicians were on it. He said that the Netherlands would not abide by the ban as it was “not based on international law”.

Former British foreign secretary Sir Malcolm Rifkind told the AFP news agency that he had “read the reports in the media [of his ban] but not a word from the Russians”.

Britain’s foreign office said: “The Russian authorities have not provided any legal basis for the list or for the names on it.

“If Russia thinks this action will cause the EU to change its position on sanctions, it is wrong.”

Sweden’s foreign minister, Margot Wallstrom, said that her country has asked for an explanation from Russia.

Eight Swedes are on the list, including Swedish MEP Anna Maria Corazza Bildt.

“I’m more proud than scared and this gives me more determination to continue… If the Kremlin takes me and my colleagues seriously it means we’re doing a good job,” Ms Bildt told AFP.

The former Czech foreign minister, Karel Schwarzenberg, also said he was pleased to have made the list.

“When I saw the other names (on the list), I found out I was in a very decent club. I consider this a reward,” he was quoted as saying by the CTK news agency.

Other countries with names on the list reportedly include Poland, Latvia, Lithuania, Estonia, Denmark, Finland, Romania, Bulgaria and Spain.