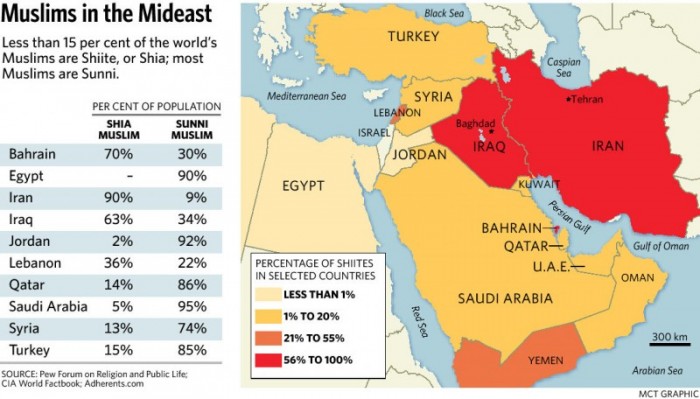 Saudi Arabia’s branch of militant group Islamic State has said it wants to clear the Arabian Peninsula of Shi’ite Muslims and urged young men in the kingdom to join its cause, the U.S.-based SITE monitoring center has reported.

Islamic State claimed two suicide bombings carried out on May 22 and May 29 on Shi’ite mosques in eastern Saudi Arabia, where the bulk of the Saudi Arabia’s Shi’ite minority lives. The attacks killed 25 people.

In the 13-minute-long recording, the speaker said Islamic State had ordered its followers everywhere to “kill enemies of Islam, especially Shi’ites”, according to SITE.

“What then if they live with their disbelief in the Peninsula of Mohammad,” SITE quoted the speaker as saying, referring to the Arabian Peninsula, birthplace of Islam and where Saudi Arabia is located.

While the speaker made a reference to the suicide bombing on May 22 in al-Qadeeh village, he did not mention the May 29 attack in Dammam, suggesting the recording predates the latest bombing.

Saudi Arabia, the world’s top oil exporter, has strongly denounced the attacks on its Shi’ite population and Saudi King Salman has vowed to bring those involved or sympathetic to the acts to justice.

Western-allied Saudi Arabia is leading an Arab campaign against Yemen’s Houthis, who follow a sect of Shi’ite Islam and are allied to Tehran. Analysts say the conflict is a tussle for influence between Sunni Muslim kingdom and Shi’ite power Iran.

In the recording, the speaker urged young Saudis to join his group to fend off what he called the “Shi’ite threat” against Sunni Muslims and said the government of King Salman was unable to protect them.

“The spark has been lit, so you must all ignite a fire

with which you burn the faces of the Rafidha (Shi’ites) and apostates. You must all come to burn the thrones of the tyrants,” he said.

Islamic State leader Abu Bakr al-Baghdadi, in a speech a week before the al-Qadeeh attack, dismissed Saudi Arabia’s ruling family, the Al-Saud, as “guard dogs” of the West and Israel. Muslim enemies, including Shi’ites, were “allies of Satan”, he said.

His group controls large parts of Iraq and Syria.