Email mistake reveals that the UK is serious about leaving EU 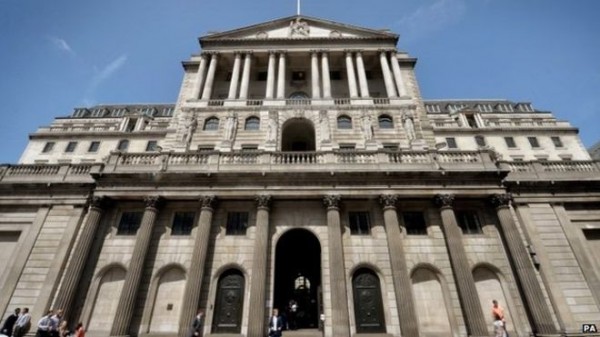 The bank said it was not “sensible” to talk about its work publicly
Share:

The Bank of England has confirmed it is researching the financial risks of the UK leaving the EU after it “inadvertently” sent details of its work to a national newspaper.

A senior official sent an email about its confidential project on the issue to an editor at the Guardian newspaper.

A spokesman for the bank described the error as “unfortunate”.

Prime Minister David Cameron has promised an in/out referendum on the UK’s EU membership by the end of 2017.

The email indicates a small group of senior staff are to examine the economic effects of the UK leaving the EU under the authority of Sir Jon Cunliffe, who is the deputy director for financial stability, the Guardian says.

The email also spells out that should anyone ask about the project – codenamed Project Bookend – the taskforce should say it concerns “a broad range of European economic issues”, and not make any reference to the forthcoming referendum.

The email, from Sir Jon Cunliffe’s private secretary to four senior executives, was written on 21 May, the Guardian reported.

James Talbot, the head of the monetary assessment and strategy division, was also involved in Project Bookend, the paper said.

The email is quoted as saying: “Jon’s proposal, which he has asked me to highlight to you, is that no email is sent to James’s team or more broadly around the Bank about the project.

“James can tell his team that he is working on a short-term project on European economics in International [division] which will last a couple of months. This will be in-depth work on a broad range of European economic issues. Ideally he would then say no more.”

The memo goes on to propose that questions from “other parties” about “whether this was a project to look at the referendum”, should be given the answer, “that there is a lot going on in Europe in the next couple of months – pointing to some of the specific European economic issues (eg: Greece) that would be of concern to the Bank”.

A statement from the bank said:”Today, information related to planned confidential Bank work on the potential implications of a renegotiation and national referendum on the UK’s membership of the European Union made its way into the public domain, due to an internal email sent inadvertently to an external party.

“There are a range of economic and financial issues that arise in the context of the renegotiation and national referendum. It is one of the Bank’s responsibilities to assess those that relate to its objectives.

“It is not sensible to talk about this work publicly, in advance. But as with work done prior to the Scottish referendum, we will disclose the details of such work at the appropriate time.

“While it is unfortunate that this information has entered the public domain in this way, the Bank will maintain this approach.”

Mr Leslie, who was appointed shadow chancellor after Ed Balls’ election defeat, told the BBC the email raised questions about whether the report would be published, if so when, and whether businesses, the Treasury or the Office for Budget Responsibility (OBR) would be consulted and whether the chancellor knew about the assessment.

Mark Taylor, a former IMF economist and researcher at the Bank of England, said the bank would have kept the project secret to avoid being pulled into the referendum debate politically and bias David Cameron’s discussions as he renegotiates the terms of EU membership.

Furthermore, if the UK does leave the union, a set of bilateral agreements would have to be negotiated so the bank would want to “keep its cards close to its chest”, he added.

He said the accidental email was “a bit Dad’s Army”, quite endearing but hadn’t done any “real damage”.

Conservative former Cabinet minister Owen Paterson, a prominent eurosceptic, said the Bank’s project should include the option of remaining in the European Economic Area without being a member of the EU.

“If the Bank does look at those very optimistic options, that is thoroughly worthwhile and I hope they will make those investigations public,” he told the Today programme.

“It isn’t either ‘remain in the European Union or leap into the darkness’; there are other options,” he added.

BBC business correspondent Joe Lynam said the Bank of England would have kept the project secret to avoid becoming a political “actor” in the referendum.

The bank had appeared to be “slightly dragged into” the debate ahead of the referendum on Scottish independence, he said.

He added that there was no evidence that talk on Twitter of it being a deliberate leak was accurate.

On Friday Mr Cameron met European counterparts for the first time since his general election victory, and admitted he was “not met with a wall of love” as he began diplomatic negotiations aimed at securing changes to the UK’s relationship with Brussels.

At a summit in Riga he conceded that securing a deal would take “patience and tenacity” and refused to ruled out campaigning for Britain to leave the EU if his renegotiation efforts failed.

Imagine the outrage if – the morning after Britain had voted to quit the EU – the Bank of England put out a statement saying: “We start work today on how ‘Brexit’ might affect the markets and UK firms.”

First of all we’d ask why do we pay these people to react rather than pre-empt massive outcomes.

There might have been a huge sell-off in sterling. Government bonds – known as gilts – might have plunged in value, meaning the cost of borrowing for the Treasury might have soared overnight.

Britain’s major listed companies might have seen billions wiped off their value in early trading.

Markets might have been very sanguine about quitting the EU. But we don’t know and the only way the Bank of England would know was if it did some quiet preparatory work – outside the glare of publicity.

That latter hope is now forlorn.