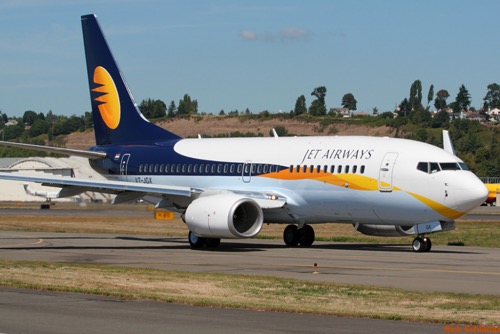 What are the odds that a pilot and a doctor would both be passengers on the same plane? And what are the odds that they’d both be called into action during that flight? A Jet Airways flight from Bangkok to Delhi had to make an emergency landing after the captain fell ill and, as a doctor was tending to him, another passenger was helping the co-pilot land the plane.

Jet Airways flight 92063 was halfway between the two airports when the captain was overwhelmed by an undisclosed illness and co-pilot Samir Malhotra was forced to declare an emergency. A Jet Airways pilot who was flying as a passenger on the plane joined Malhotra in the cockpit and helped him complete the remainder of the trip and safely land at Indira Gandhi International Airport. None of the 200-plus passengers onboard were injured. In a statement, Jet Airways said:

Although Malhotra kept his head and followed all of the correct procedures, after landing, he was not allowed to taxi the plane to the gate (Indian aviation regulations do not allow first officers to taxi an aircraft) so it had to be towed toward the terminal itself.

Last June, a US Airways captain suffered a heart attack during a flight from Des Moines to Denver. After a flight attendant made the not-at-all terrifying announcement “Does anyone know how to fly a plane?,” passenger and Air Force captain Mike Gongol took a seat in the cockpit and helped the first officer make an emergency landing in Omaha. “Any military pilot would’ve done the exact same thing I did,” Gongol said.
Road Worrier Voices