Hezbollah claims regaining control over some hills in Qalamoun 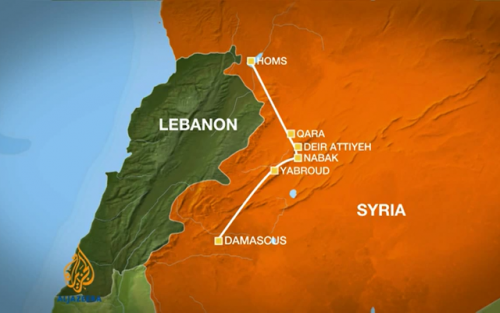 Hezbollah claimed Thursday night that its forces had regained control over several hills in the Qalamoun Mountains region of Syria, where a battle has been raging against several Syrian rebel groups including the Al-Qaida-linked Nusra Front.

The report was confirmed by the Syrian Observatory for Human Rights, considered to be pro-rebel watchdog group, which said Hezbollah and the Syrian Army had made headway in several parts of the strategically located Qalamoun region. The group further said that both sides have deliberately exaggerated the scope of the fighting ahead of a much anticipated offensive in the area.

Well-camouflaged Hezbollah trucks had been spotted in Lebanon’s Bekaa, according to other reports from Lebanon , apparently to transport arms and ammunition in preparation for the coming offensive. Hezbollah chief Hassan Nasrallah has said the battle in Qalamoun is imminent, but the decision on zero hour has not yet been made.