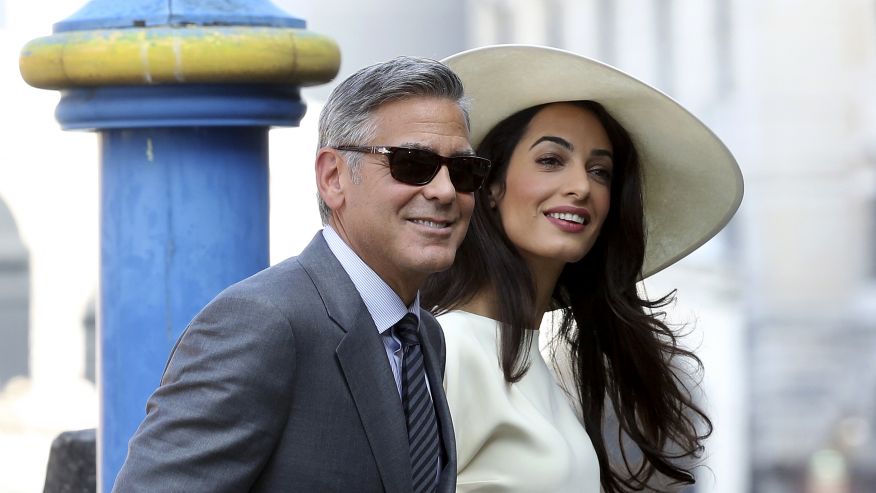 George Clooney has no problem gushing about his gorgeous and fascinating wife, Amal Clooney.

ET caught up with the 54-year-old Tomorrowland star on Thursday, when the usually private actor revealed all the reasons he fell in love with the stunning 37-year-old human rights lawyer.

“She’s an amazing human being,” he told ET’s Nancy O’Dell. “And she’s caring. And she also happens to be one of the smartest people I’ve ever met. And she’s got a great sense of humor. There’s a number of reasons why.”

Of course, George also couldn’t be prouder of Amal’s day job. He shared that the two have a lot in common given their mutual interest in international affairs, such as the Armenian genocide and the Elgin Marbles. Amal is currently representing Armenia in their case against Doğu Perinçek, the leader of the Turkish Workers’ Party, and she’s also been working hard to help Greece win back the Parthenon Marbles from the British Museum in London.

“I’m always very proud of her when I see her speaking at the International Court of Appeals in Strasbourg, you know, with her robe on,” he said. “It’s very impressive.”

“It’s a nice looking robe,” he also joked about her court uniform. “They could spice that robe up a little bit.”

Speaking of Amal’s incredible fashion, George admitted that he’s just as enamored with her amazing designer style as we are.

“It’s amazing, because she’s always — since the day I met her — she’s always had this insanely … it’s eccentric but it’s fun, sense of fashion,” he told ET. “How she does it while she’s got 11 cases she’s working on, and she was teaching at Columbia, and she’s still like, ‘I want to wear that dress.’ It’s crazy. It has been sort of fascinating to watch, because she has such great taste.”

And forget about expanding his former bachelor closet for her. According to the Monuments Men star himself, it’s actually “another bedroom” he needed just for her fashion.
ET