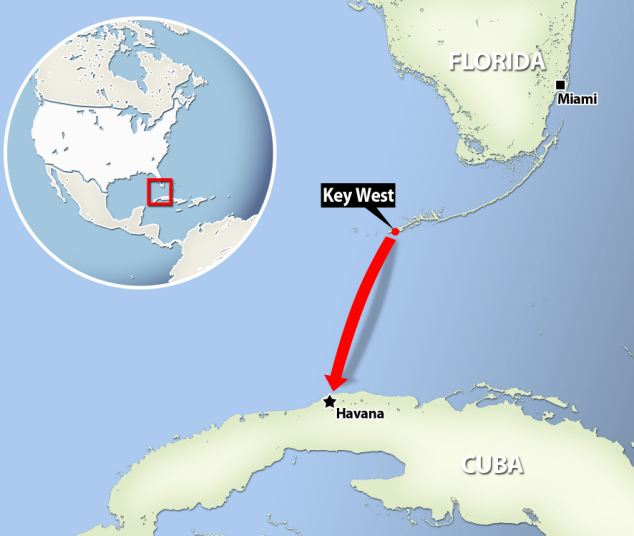 For the first time in five decades, the U.S. is allowing ferry service between Florida and Cuba.

At least four companies said they were notified Tuesday of approvals by the U.S. Treasury and Commerce departments, the first since Washington imposed a trade embargo on Cuba.

A Treasury spokeswoman confirmed approval of ferry licenses but would not say how many were approved. Cuba also must approve the operations.

The ferry companies plan to offer trips that would be less expensive than charter flights, while allowing more luggage free. Many Cuban-Americans haul down hefty supplies for family homes and new private businesses.

President Obama since Dec. 17 has moved to re-establish diplomatic ties with Cuba and has eased travel and trade. The passenger ferries will be able to carry only authorized U.S. travelers to Cuba, including people in 12 categories who no longer need a license in advance to visit. Those categories include family visits as well as religious and educational activities, among others.

Americans still are not allowed to travel to Cuba for general tourism under the terms of the U.S. embargo, which remains in place. Only Congress can lift the embargo.

Here’s what companies are planning:

• Havana Ferry Partners hopes to launch its ferry service between Key West and Havana within weeks, possibly with a 200-passenger vessel, Moecklin said.

It also plans to add overnight ferry service later from Fort Lauderdale and Miami to Havana using a larger vessel that could carry 300 to 500 passengers, Moecklin said. Plus, it’s eyeing Port Manatee on Tampa Bay as a gateway with Cuba.

Prices are not set, but Moecklin said Havana Ferry aims to charge passengers roughly $300 to $350 roundtrip, less than the roughly $400 to $500 price for charter flights to Cuba. Passengers could be allowed up to 200 pounds of luggage free.

• Baja Ferries USA, an affiliate of United Americas of Miami, is looking to launch overnight service to Cuba possibly three times a week. It has held meetings with Port Everglades, Port Manatee and other Florida seaports to offer service.

“We’ve been waiting for this,” Baja Ferries executive Joe Hinson said of the license. The company already has ferry services in Mexico and between the Dominican Republic and Puerto Rico.

• Airline Brokers Co., a veteran company licensed to provide travel services to Cuba since 1982, is now developing its ferry plans, president Vivian Mannerud said. She is looking at Port Everglades as a potential departure site to Havana, among other alternatives.

To date, at least five companies have applied for licenses to operate passenger ferry service between Florida and Cuba.

CubaKat, based in the Jacksonville area, expects to receive its license in the next month or so, president Brian Hall said Tuesday. The business applied for its license later than others.

CubaKat plans to start service from the Florida Keys this fall using a 200-passenger catamaran that can carry lots of baggage below deck. It has looked at serving Marathon Key but found problems with too few customs officials available there. It may operate instead from Key West, Hall said.

The catamaran ferries aim to offer passenger service for $169 each way, Hall said.

“We applaud everyone getting their ferry license, because we know ours is coming,” Hall said. He said there’s plenty of business for all of the companies applying for licenses and even more.

“One ferry company can’t pull this off by itself, he said. “There’s so many people who want to go to Cuba.”